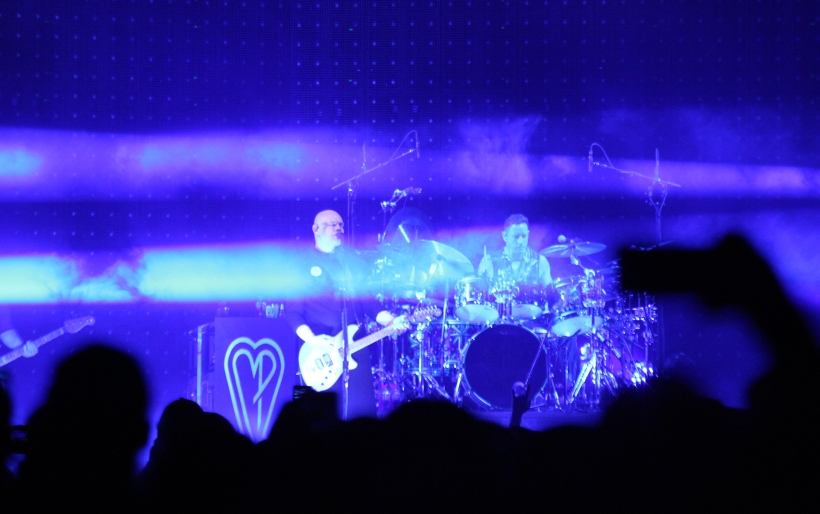 We’ll start with the bad news. The bad news is that at 5:18 p.m. – less than two hours before the show was scheduled to start – all press was greeted by an email from a Comcast Spectacor flak with a sentence, formatted in italics, suggesting that an urgent and abrupt report had traversed the interwebs from Comcast’s lips to reviewers’ ears. It read: “The Smashing Pumpkins will perform as scheduled tonight, however due to physical injury tonight’s performance by special guests Jane’s Addiction will not be able to take place. We apologize for any inconvenience.”

As a result, Jane’s Addiction’s “physical injury” (what other types of injuries are there?) gave way to the concert’s attendees’ collective emotional injuries (that must be it). They would not, in fact, be seeing Perry Farrell and co. on that fateful Friday night. What they would be seeing, however, is an extended set from The Smashing Pumpkins, who were now scheduled to play two hours and fifteen minutes worth of their brand of radioactive sludge rock – the kind of sound they do best.

The extended time meant that Philadelphia marked the first time in the Pumpkins’ tour in which they played a slightly different setlist than previous shows and the change was noted right off the bat. “Empires,” a new song the band had been opening shows with all tour, was bumped to second on the setlist. Instead, the Pumpkins opened with “Quiet,” a track off the band’s magnum opus, Siamese Dream, released in 1993. In the process they were greeted by lead singer and guitarist Billy Corgan, whose bald head and black dress combo could only be described as a sort of grim reaper monk chic that I imagine must be fashionable among sects of satanists. I thought he pulled it off nicely. 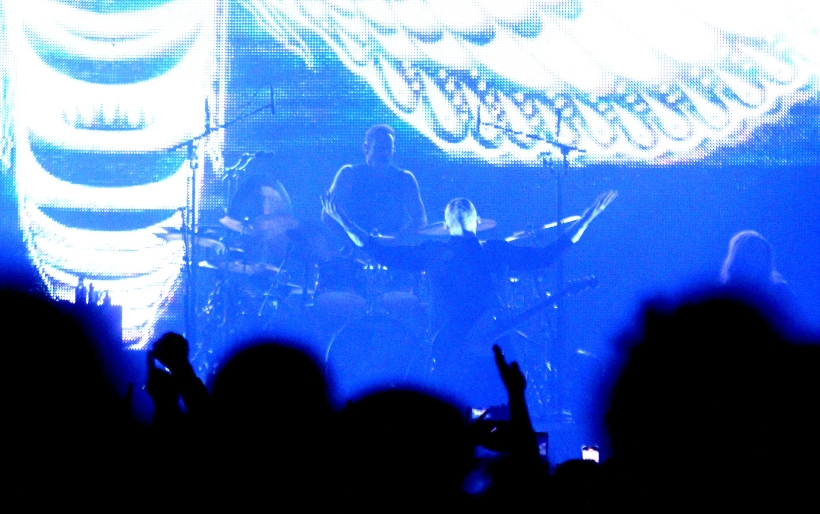 But more to the point: “Quiet” brought the Wells Fargo Center crowd to its feet and set the tone for the type of angsty energy that can only be supplied by one of the 90s’ top tier grunge bands – at least for the first half of the set. That first half was also marked by tracks like “Today,” “Ava Adore” and even a grunge version of the Talking Heads’ “Once in a Lifetime.”

Around midway through the show Corgan, along with guitarist James Iha, played an acoustic rendition of “Tonight, Tonight” off Siamese Dream’s follow up, 1995’s Mellon Collie and the Infinite Sadness. For the first time in the night, the band brought down the energy and made, just for a fleeting few minutes, the grandiose hockey arena feel like a club. The rest of the setlist saw hits such as “Stand Inside Your Love,” “Cherub Rock” and “1979.” 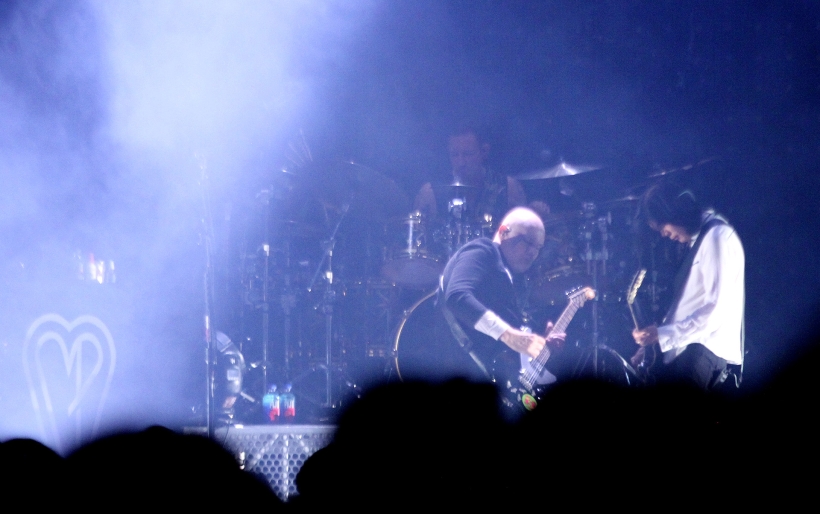 The crowd was jubilant and mostly engaged, but one couldn’t help but notice the disproportionate amount of people wearing red and checking their phones. The Phillies were playing in the National League Championship Series against the San Diego Padres across the street, and that was something that in true Philadelphia fashion simply couldn’t be ignored. Corgan made a comment about the higher-than-normal phone usage at one point in the night, jokingly mentioning how the Phillies were up 47-0 so there was no need to keep checking. That was obviously a lie, but they did win 4-2.

But more than just the Phillies won in South Philadelphia that night. A jam packed arena full of Pumpkins fans saw the band play a ruthless 2+ hour set that left scores of 90s grunge kids and young newcomer fans alike feeling satisfied despite the lack of an encore. And what could be a bigger home run than that?