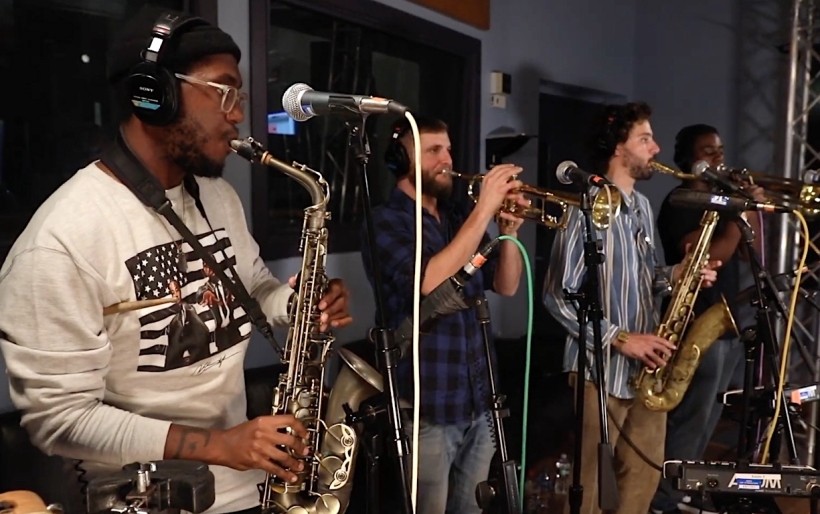 The Philly brass band recorded the unofficial song of the 2022 season at WXPN studios during their Public Radio Music Day visit.

The Phillies are going to the World Series! And beloved Philadelphia brass band SNACKTIME is cheering them on with their own version of “Dancing On My Own,” a song that’s become the soundtrack of the 2022 season.

Originally recorded in 2008 by pop royalty Robyn on her album Body Talk Pt. 1, it was covered in 2018 by English singer-songwriter Calum Scott on his debut album Only Human, then remixed by Tiësto…which is how it made its way to the Phils. As Billy Penntells it:“The song hit the Phillies’ bullpen and locker room by way of catcher Garrett Stubs, the team’s unofficial DJ, who snuck it into a playlist full of Dua Lipa and other pop hits.”

When SNACKTIME stopped by WXPN Studios this week for a Public Radio Music Day performance, they went into a version of “Dancing On My Own” after their set had concluded, and our video team kept the cameras rolling to capture it. Watch below, and catch Game 1 of the World Series this Friday, October 28th at 8:03 p.m. when the Phillies take on the Astros at Houston’s Minute Maid Park. Go Phils!