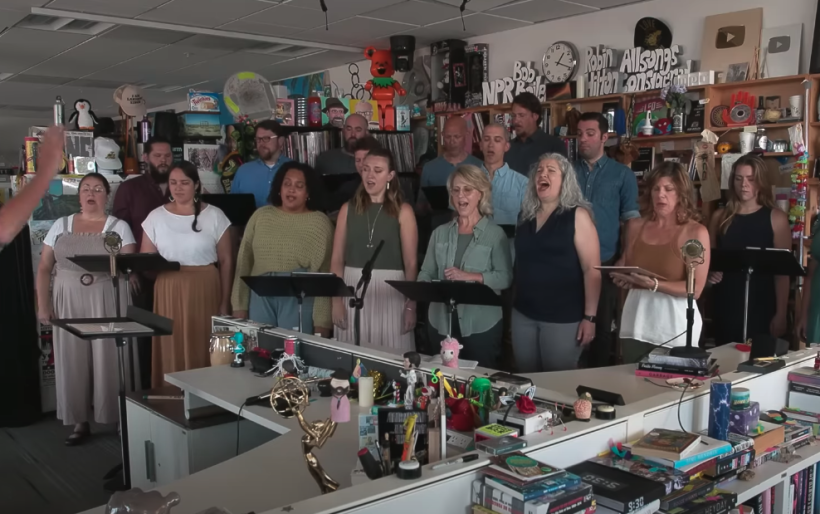 The Crossing at Tiny Desk | screenshot from the video

The vocal ensemble performed songs from Titration, a new composition by Shara Nova.

Acclaimed Philadelphia choir The Crossing was featured in NPR Music’s most recent episode of the Tiny Desk Concert series. The Grammy Award-winning vocal ensemble made the trip down to D.C. in August, the month they released Titration, a new body of work by composer Shara Nova. The song cycle “looks at how we deal with difficult emotions,” says Nova, and was commissioned specially for The Crossing and their breathtaking range.

Tightly packed behind the famously tiny desk, The Crossing’s 17 member choir performed four expansive songs led by director Donald Nally. Watch the video below for a transformative set with visceral ups and downs, introductions to the pieces by Nova herself, and a healthy reminder of the healing power of group singing.