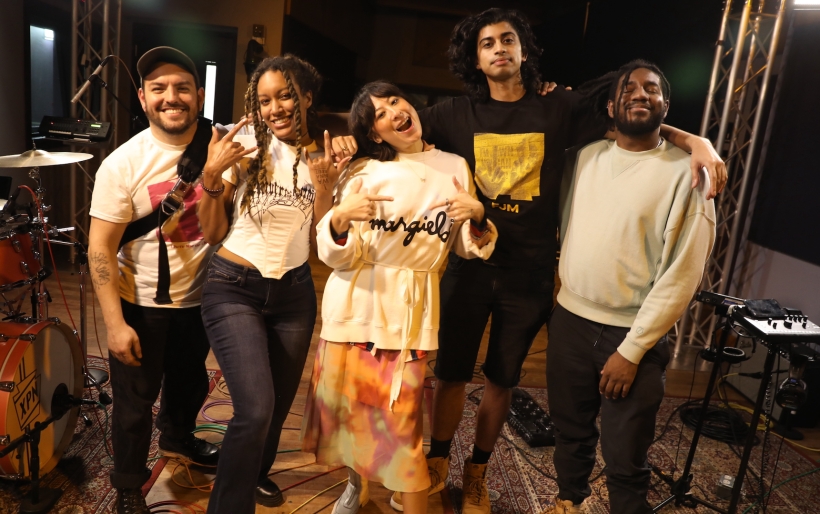 The Philly trap-pop artist spins her sound from synthy soundscapes to vibrant rock with the aid of a top-notch band in WXPN studios.

Nobody in the Philly scene sounds quite like Regothereshego. Since dropping her first single “Insane” four years ago, the Philly artist has drawn from a vast array of influences: murky trap and soaring R&B, uplifting gospel and edgy alternative rock, the distressed imagery of horror and the confessional introspection of emo.

She’s collaborated across genres, working with local jazz star Arnetta Johnson on the single “Beg For It” and honoring her Vietnamese-Guatemalan heritage on gigs with the tastemakers at AfroTaino productions. She’s released several singular projects along the way, most recently including her  Clouded By The Chance of Heartbreak EP, and ahead of a big show supporting Dessa at World Cafe Live this weekend, she pursued even more reinvention with a top-notch live band at WXPN Studios.

Supported by her longtime collaborator Tristan Santana on lead guitar, as well as John Williams on keys, Jaz on bass, and Ruben Gallego II on drums, Regothereshegoes spun the atmospheric synthy soundscapes of her recorded work into vibrant modern rock in this week’s Key Studio Session. A poppy funk spin on “Chew” and a menacing goth-tinged take on “LAX” are even more impactful in this setting, a gripping “Pray For You” shuts the set down, and we get a first taste of a punchy new single called “U Ain’t Rly” before the session is up.

Watch Regothereshegoes’ Key Studio Session below, and get tickets to see her with Dessa on Friday November 18th in the Lounge at World Cafe Live at the WXPN Concerts and Events page.