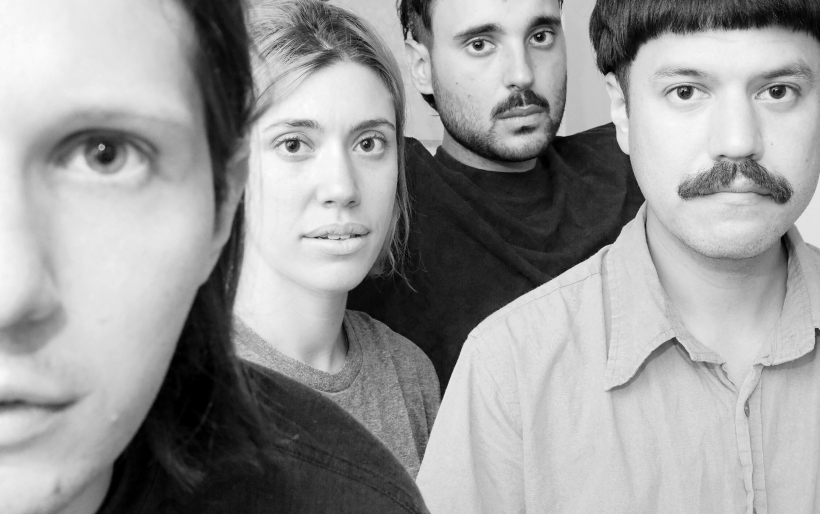 Palm may rely on instinct, but on their new ‘Nicks and Grazes,’ they know how to embrace discomfort in a way that will be rewarding for both themselves and the listener.

I had a bold and ultimately fruitless idea for this piece, one that seemed possible till I set down to write it. I wanted to capture Palm, the Philly math rock four piece who, late last month, released their third album Nicks and Grazes. And not just in the journalistic sense, but really capture them, the way they sound in all their disjointed, haphazard, impressionistic, bold, frenetic, improvisational, boundary-pushing, joyful madness. I wanted to write a piece that read like they sound. I wanted to tell their story in the way they might. I wanted to give you, the reader, a sense of what this band sounds like live. I wanted to bombard the senses and overwhelm expectations, the way Palm so often does. I wanted to, but I couldn’t because, well, nothing but the specific kaleidoscope of noise that is Palm could possibly do them justice, and therein lies the beauty of Palm.

Palm have been playing music together for a long time now. Dual guitarists and vocalists Eve Alpert and Kasra Kurt started playing together back in high school, eventually rounding out the band with Gerasimos Livitsanos on bass and Hugo Stanley on drums, both of whom met while attending Bard College in upstate New York. Palm is a band that came out, while maybe not fully-formed, more coherent and focused than most young bands. Their debut record Trading Basics displayed many of the traits that continue to make them as fascinating as they are impenetrable. After only a few years of collaboration, the band had developed a sonic language all their own, one that allowed them to play off each other’s strengths with preternatural ease. Jazz, post-punk, and math rock fall together in lock step behind a driving, ever-present rhythm, giving their sound both hard borders and endless possibility. This pattern continued throughout the 2010s, as they honed their sound, eventually releasing a second full-length, Rock Island, in 2019. 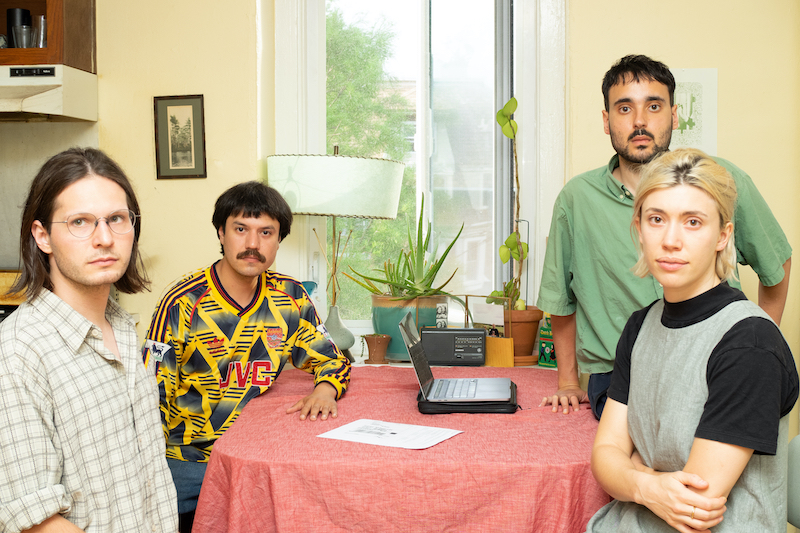 Even though Palm’s recorded music wrote the band’s mythos, their live performances have largely been what defined them. “Each time I’ve seen Palm live, I’ve been struck by the sense that I’m catching a glimpse of the future,” wrote Marissa Lorusso for NPR Music back in 2017. Then early in 2020 the future stopped, and Palm, like every other band in the world, were forced into hiatus. For Palm, touring had become a way of life, a constant thrum backing their lives, as much a part of their creative pursuit as a reflection of it. For most bands, there is a pretty strict delineation between writing music and playing it live. Sure, some musicians will bring unrecorded music to the stage as a way to test its efficacy, but it’s rare things are genuinely created on stage, as was the case with Palm. “We used to really like to perform works in progress live,” says Alpert. “It was sort of our routine to play works in progress and improve them based on how it felt live.” But limitations, as we all know, are the mother of invention. Without the chance to work things out live and in real time, Palm took a totally new approach to writing and, eventually, recording. Not only did the break from constant touring give the band a renewed vigor but it gave them a chance to become a bit more calculated in their choices, planning and implementing rather than reacting. “The fact that we weren’t playing these songs live meant we were able to be more intentional with compositional decisions,” says drummer Hugo Stanley.

“Feathers,” the second track on Nicks and Grazes is, as most songs on the album, a song of propulsion, driven forward in stops and starts by an assault of percussion. It is a song both overstuffed and airy, shapeless but contained, and largely held together by Alpert’s light bouncing vocals. “Ima make it up as I go, Ima make it impossible,” sings Alpert. This, more than anything, describes the dual aspects of Nicks and Grazes creation. While Palm retained their improvisational bent, they weren’t actually performing these songs live this time around, fundamentally changing their function. Before, Palm would write songs within the framework of what could be performed on stage. Now they were uninhibited by such restrictions. “With this we were only limited by what we could realistically execute in the studio which was a lot more open-ended,” says Kurt. The result is something less tied to the idea of a rock band in the traditional, structured sense and something allowed to morph as the band sees fit.

Palm seems somewhat averse to narratives invented to describe their music. For them, talking about music almost seems, to paraphrase another popular quote, as coherent as dancing about architecture. “I think people assume more intentionality than there actually is in our band,” Kurt told The Fader back in 2017. “There’s no control over what happens, in a way.” For a band who rely so heavily on feel, the “why” of it all doesn’t seem as consequential. Watching their video for Nick and Grazes’s standout “Eager Copy” gives you a sense of how big a part improvisation, feel, and instinct play into their songwriting. It’s a beautiful thing to be sure, but there were a few moments during the making of this record where intentionality played a key role.

If you watch the video below, you’ll notice a conspicuous fifth member of Palm on auxiliary percussion. For the first time ever, the band decided to bring in a producer for Nicks and Grazes in the form of friend and musician Matt Angeregg of Mothers. This was no small decision, but proved key to subtly shifting the long-established dynamics of the band. “The four of us have been working together for ten years, so musical habits can form where it becomes cool to fracture that with a different set of ears,” says Alpert. Stanley agrees, adding that while working with a producer was certainly a big step out of their comfort zone, it became an essential part of the process. “Having someone outside the dynamic helped when it came to mediating disagreements and making decisions about which arrangement made more sense.”

Another key shift for the band comes sonically, as Nicks and Grazes marks a significant move toward electronic music. While Palm have always been a band who pride themselves on never remaining in quite the same place record to record, this is a particularly notable deviation, one they did not want to come off as uninformed or fickle. “We wanted to learn how to use traditionally electronic sounds and integrate those into a rock band that doesn’t just feel tacked on,” says Kurt, who says they wanted to avoid the notion that this was Palm “going electronic.” The result is, without surprise, entirely unique. Nothing about Nicks and Grazes is pasted on, nothing about it careless. Palm may rely on instinct, but they also know when and how to embrace discomfort in a way that will be rewarding for both themselves and the listener. “Every record is some combination of exhilarating and terrifying,” says Kurt, which incidentally, is the best way to describe what it’s like to listen to Palm themselves.