17 concerts to see this week, including Indigo Girls, The Districts, Strand of Oaks and more - WXPN 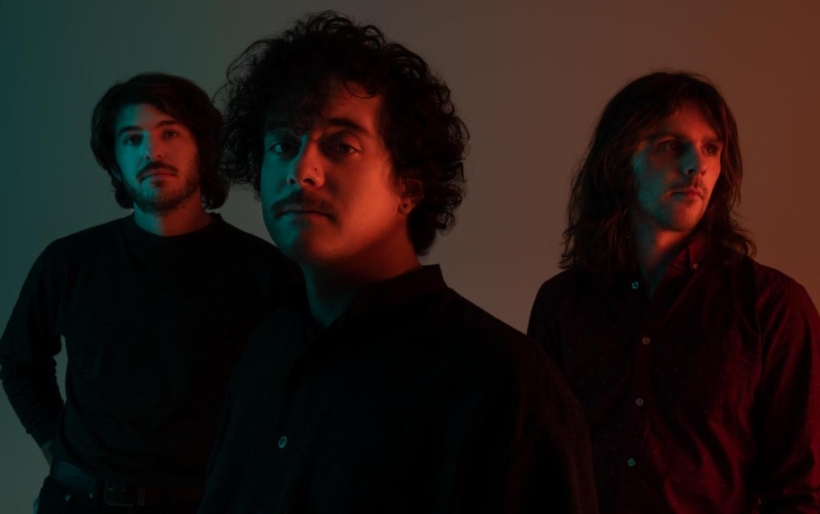 The Districts | photo by Ebru Yildiz | courtesy of the artist

17 concerts to see this week, including Indigo Girls, The Districts, Strand of Oaks and more

Take a breather from XPN’s 90s A to Z with live music!

We’re all running around this time of year. But if you have a few hours to be stationary with friends and fellow music lovers, we have some ideas for you. Here are 17 concerts to see in the next seven days, all around Philly; tickets and more information can be found at WXPN’s concerts and events page.

Hammered Hulls are a relatively new band with some deep roots. The DC supergroup combines the powers of Helium’s Mary Timony, Titus Andronicus’ Chis Wilson, and Alec MacKaye, sibling of Fugazi’s Ian MacKaye and member of various bands like of Warmers, Faith, and Ignition. They finally released ​​their debut full length, Careening, this year, and its rafter-rattling hardcore punk still burns as bright as ever. // 8 p.m., $15, 21+

For his second solo album Quiet at the End of the Day, Jukebox The Ghost pianist and songwriter Ben Thronewill advances beyond the cascading melodies of the instrumental release First Improvisations and folds in his warm vocals and penchant for hooks. Hear him play it live tonight at The Lounge of World Cafe Live. // 8:00 p.m., $18, AA

Drive-By Truckers frontperson Patterson Hood hasn’t released new solo material in a decade, but he’s been busy, on the road or in the studio pretty much constantly with his primary project. Now that the Truckers’ year of touring is behind them, Hood’s short solo jaunt brings him to City Winery this Monday for a solo “evening with” gig. // 8:00 p.m., $30 and up, 21+

Cult fave power-pop act Big Star is in the air of late. At last weekend’s Lame-O Records Turns Ten festival alone, we heard Slaughter Beach, Dog’s Jake Ewald cover their immortal “Thirteen,” while Mo Troper did a chilling rendition of Chris Bell’s “I Am The Cosmos.” When the band’s key songwriter Alex Chilton passed away in 2010, drummer Jody Stephens was left as the sole surviving member of these 70s faves, but he’s keeping the torch burning with a 50th anniversary tour celebrating their debut #1Record with an all-star cast including R.E.M.’s Mike Mills, Wilco’s Pat Sansome and more. // 7:30 p.m., $22, 21+

Amy Ray and Emily Saliers are back in the area again this Tuesday for an Indigo Girls gig at North Jersey’s Newton Theatre. We last heard from the perennial favorite folk duo in 2020 with the Look Long LP, their fifteenth studio release; Ray’s latest solo album If It All Goes South came out earlier this year, while Saliers’ first-ever solo project Ruination Nation released in 2017. Hopefully Tuesday night’s show means a little bit of everything. // 8:00 p.m., $79 and up, 21+

New England rockers Deer Tick first hit the scene 15 years ago as part of the roots rock explosion that also brought us Delta Spirit, Dawes, and others. They’ve simmered down a bit in the decade and a half since – though that hasn’t stopped them from turning up with the surviving members of Nirvana at 2018’s CalJam Festival. Deer Tick most recently shared a two-volume self-titled release in 2017, one half focused on their acoustic songwriting and the other half on their electric, and this fall they’re touring in support of a new reissue of 2011’s Divine Providence. They’ll bring that show to Bethlehem this Wednesday for a gig at Musikfest Cafe. // 7:30 p.m., $24 and up, AA

Born in South Africa, based in Berlin, Alice Phoebe Lou’s music was always bound to be irrevocably cool. Her songs aren’t afraid to cross the borders of genres, blending the retro indie pop of Tennis with the jazzy balladry of early Angel Olsen. If Lou’s two releases from last year (Glow and Child’s Play) are anything to go by, visitors to her World Cafe Live show can plan on swooning and swaying to their hearts’ content. // 8 p.m., $20, AA

Wilco must have grown too powerful this year, between all those Yankee Hotel Foxtrot demos and releasing an entire double album of new material. That’s where Ardmore Music Hall’s exploration of the expanded Wilco universe comes in, with a lineup featuring The Autumn Defense (ft. John Stirratt & Pat Sansone), Nels Cline Duo (with bassist Chris Lightcap), & special guest Eucademix. // 7:30 p.m., $28, 21+

The Autumn Defense - This Thing That I've Found

There was a time when the Christmas album was a staple in the discography of any great trumpeter, from man of the people Louis Armstrong to Miles Davis’ collaborations with John Coltrane. It’s infused the instrument with a unique nostalgia factor for the holiday season, one that local trumpeter, composer, and arranger will no doubt be channeling with his Matt Cappy Holiday Show at City Winery. // 8 p.m., $18, 21+

Nashville-based singer-songwriter Maya de Vitry returns to her Lancaster County roots this Friday for a homecoming show at Phantom Power. After many years playing fiddle and singing in the independent bluegrass trio The Stray Birds, de Vitry struck out on her own in recent years with a stunning run of solo releases. Her 2022 album Violet Light takes a pensive look at growth, change, and the passage of time, and she talked about it with us and showcased it on the WXPN Folk Show following its release this spring. // 7:00 p.m., $18, 21+

Endure, the new record from NoLa’s glam-punk iconoclasts Special Interest, is an absolute killer. By infusing their sound with disco, techno, and house music, they’ve created a suite of revolutionary anthems, like “(Herman’s) House” and “Cherry Blue Intention,” that double as irresistible calls to the dancefloor. If Foto Club is still standing the morning after their gig, all that means is that the crowd didn’t go hard enough. // 8 p.m., $18, 21+

Friday 12/9: The Districts at Concourse Live

Philly rockers The Districts released an absolute stunner of a record this year called Great American Painting that more people need to be talking about. As the band adapted to a new lineup and a shaken-up world, their fifth album sees them reinventing their sound through synthesizer atmospheres and driving dance rhythms, while not sacrificing the existential ennui of frontperson Rob Grote’s lyrics. Catch their final show of the year this Friday at Center City’s new Concourse Live. // 7:00 p.m., $22, 21+

The Districts - I Want To Feel It All

Last year, Strand of Oaks’ Timothy Showalter revived his Winter Classic concert series—a local tradition since 2015—at its new home of Johnny Brenda’s. In contrast to the rousing full-band affair we saw at XPoNential Music Festival in 2021, the Winter Classic is more stripped-down: just Showalter and his guitar, playing a freewheeling set that veers between deep cuts, fan requests, and singalongs. // 9 p.m., $24, 21+

Strand of Oaks - Yer So Bad

Christiana Benton is a unique fixture in WXPN’s orbit. She’s not just a Philly-based singer songwriter; she’s also a neighbor who works in the box office for our roommates at 3025 Walnut, World Cafe Live. Benton played that venue’s Lounge stage this past June, and released her debut Better Late Than Never a few months later. Don’t let the Christian Girl Autumn-core cover art deceive you — these songs are knottier and wilier than the album’s appearance suggests, and she’ll perform them solo this Friday at Silk City, opening for Kentucky singer-songwriter Brit Taylor. // 7:40 p.m., $15, 21+

The endlessly odd duo of New Hope natives Gene and Dean Ween headline two hometown-adjacent concerts this week, playing The Met on Friday and Saturday night. This time last year, Ween also did two nights at the North Broad Street venue – 34 songs on night one, 36 on night two, with a bare minimum of repeats. So if you’re a fan of decades-deep genre explorations with a hearty dose of irreverence, don’t miss this weekend’s two-night stand. // 8:00 p.m., $49.50, AA

Ween - Your Party (live at The Met Philly)

It’s a little bit shoegazy, a little bit dream poppy, a little bit pop-punky, and a little bit noise rock-y, thus forming an infinite continuation of genres at the center of which is Puppy Angst’s music. The band describes its aesthetic as “like puppy love, but a lil more sad.” They’ll be joined on the billing at PhilaMOCA by other local favorites Doused and So Totally, bidding adieu to Scorpio season as they celebrate the release of their new album. // 8:30 p.m., $15, AA

Melancholic Montreal pop outfit Stars often tours during the end-of-year holidays, not as a way of spreading joy and cheer, but as a reminder that for a lot of folks, the holidays are a difficult time. When we wrote about their recent benefit single “Christmas Anyway,” we said “In their uncanny indie pop way, Montreal icons Stars speak to the flipside of the season: communication breakdowns, addictions, trauma and loneliness.” But they do it with grace and uplifting melody, both of which will be in effect at this Saturday’s show at The Foundry. // 7:00 p.m., $25, AA