Long Live The Queen: A conversation with Queen Jo - WXPN 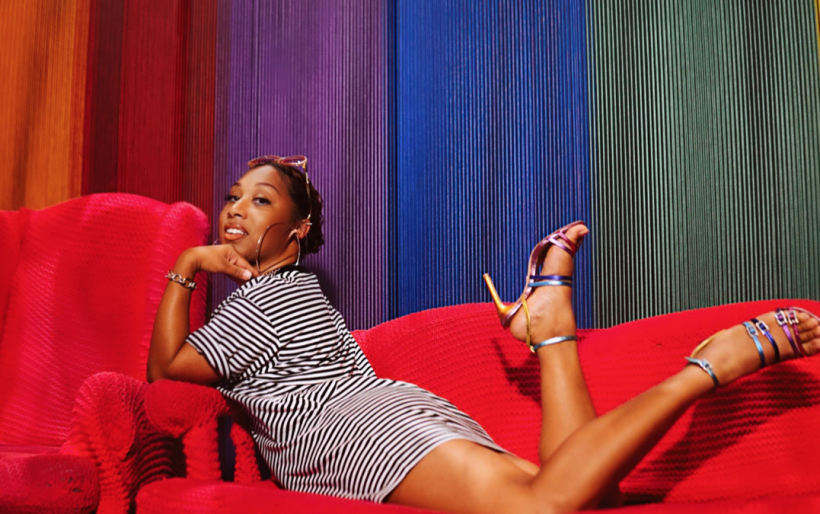 Long Live The Queen: A conversation with Queen Jo

The artist and activist catches us up on her new project ‘Bananas’, her community work and more

With huge artists like Drake and Beyoncé recently releasing albums highlighting more dance and house music, we’ve seen a new focus on the genre, specifically mixing hip-hop with it — but they are far from the first. Philly’s Queen Jo has been mixing house and hip-hop to perfection for almost 10 years, delivering fierce lyrics over dance tracks, and now with the release of her new project Bananas she’s back to get our behinds on the dance floor to her ladies-first anthems. I was lucky enough to have the West Philly representor sit down and tell me about the new project, how she got started, and her amazing work for artists in the city.

Josh Leidy: Your style is very unique, can you tell me who some of your influences were?

Queen Jo: My father was a huge hip-hop fan, like rolled-up pant leg and all! Hahaha. So he was the first real influence on me rapping. By the time I was eight I had all of Big Pun’s first album and Ready to Die memorized. And my mom used to have us clean on Saturday and she would always play house music, so my love for house started there. I also had an uncle named Michael who always used to pump me up and tell me I was a diva, hahaha. He would say you, and maybe some people would think it was an insult, but he would tell me I was beautiful like a drag queen, I was young and fierce and not being considered the pretty one, that was my sister, it really meant everything to me.

My musical influences are obvious to me: my top four are Mary J, Lil Kim, Missy, and Kelis. All of these ladies had an impact on hip-hop that wasn’t the norm at the time. They were all groundbreaking and I love love love that. They made me feel comfortable being an alternative Black girl. These women can rap about anything and did it in such creative ways, and didn’t feel the need to be put in any certain box.

JL: You’re a fixture in the nightlife scene here in Philly, how did you get involved in hosting so many events, was that always a goal?

QJ: I originally wanted to be a reporter, I went to school for journalism and Poli Sci. I worked at NBC for two years and didn’t like it at all. I did have a couple of stories come out, but I just didn’t enjoy it. So once I left that I was trying to figure out what I was gonna do. I always loved the nightlife since college and I was like I need to figure out how to make money doing what I love. I know a lot of people think I started hosting with Matthew Law, but I was actually hosting parties in college with DJ Damage. But even when I was hosting, I was still rapping on the regular. And that’s when I put together my first project.

JL: That was Some Women Are From Mars?

QJ: No, actually my first record was called Cleopatra’s Rapture. It’s not on any streaming service. I should probably put it up. But, yeah that was my first project and I actually recorded that in The Roots’ studio. Back then I got asked all the time, “Who wrote this?” and I hated that. Like, I wrote it. That always annoyed me, so many folks assume women don’t write, but I did and I want folks to know that.

From that first project, I got on Firefly Fest. That’s where I really got the performance bug. It’s weird: when I’m nervous, I perform better. So being thrown into that situation, I just react really well. But after that whole experience, the person I was dealing with at the time was also working with me but said I was not his top priority artist-wise, so I said fuck it, I’ll do it myself. From that, I started this band called Jo Darling with Sam Live. We worked on a bunch of tracks together, and around that time is when I changed my name to Queen Jo. I was the leader of the band Jo Darling so it made sense, plus anytime someone wanted to address me they had to address the queen!

Unfortunately, the band broke up when our producer moved to LA. But I just kept pushing, working with Matt had me close with IllVibe Collective so I started working with them and got real close with Sonny James and Hezikiah. So I worked on a lot of music with them. They did the majority of my beats for Some Woman Are From Mars and Broad Street Bella.

JL: Has your music always been a mixture of house and hip-hop?

QJ: Yes, definitely. I’m a writer, and I got bars, no-doubt. I grew up in a punchline-heavy culture of battling, but I also always loved to dance. I got my start at parties, so it’s always been part of the package. I’ll say this: while dance music has always been a part, it’s not always just been house music. Bananas is the first project that is all house beats, and I love it that way. One of the biggest criticisms I got with prior projects was that the music was inconsistent because it was a mix of dance and more like battle rap type beats. This project simplifies all of that, but I’m definitely gonna let you know I got bars no matter what!

JL: You mentioned your new album Bananas, can you tell me about what went into making it?

QJ: Bananas is my legacy project. The name Queen Jo came from Jo Darling, but that name came from two very sexually free women I admire, and that’s Josephine Barker and Nola Darling. And I wanted to make something in that image, something I was really proud of, and something that if I never made another album, which I go back and forth on, I want to make an album that I can stand on in that legacy. So, I went into this project saying I’m going to do everything I want to do on it. I put the most into it and refused to compromise on it. This album was all me, I had the final say on everything because if it’s my last I want to go out on my terms.

I called it Bananas of course for the double entendre hint to my namesake Josephine Baker, but also that’s what women get called when they are crazy. I know I’ve been called that in my dating life, and so many of my friends have as well, to the point that I used real voice messages from my friends to drive the narrative of the album. Each song on the project tells a story, some are mine and some are my friends, but I wanted to take folks on a journey with this album through a woman going through a breakup and going “crazy” or bananas. 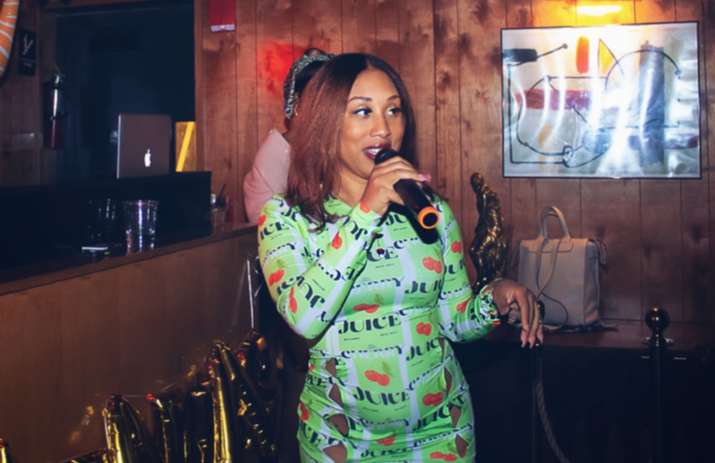 JL: I do want to ask you about all the work you’ve been doing in the art community. It’s so important to have a light shined on it, especially in a time when art funds are being cut left and right. What got you started working in that area?

QJ: During the pandemic and all the wildness of 2020 with the police and protests, I really got activated, because when we were talking about the movement to defund the police, I wanted to be vocal about where the funding should go. I kept seeing so many people pass the buck and say it’s not on me it’s on so and so, and I was tired of hearing that. After raising some hell on the socials about where the money was going, I started to have people reach out, and councilman Isiah Thomas said “you keep saying this is a community, where funds should go? I’m gonna let you prove it, and host your own meetings and I’ll watch and listen.” I did a couple and they were impressed with what they were seeing, so they were like, we have to do something and they created a task force and made me the chairwoman.

As I said, I was a journalism major, so I pay attention and watch what was happening and where the money is going. So when that COVID money came, I and my amazing team were on it, to make sure the arts community got their piece. It was really important to me to set the criteria for who got the grant money, because for so long in this city, if it wasn’t for the city orchestra they didn’t care. We wanted to change that and make sure people who really needed got it. We were really proud that most of the people who applied, this was not only the first time they applied for a grant, but it was also the first time many got a grant. I really have to thank my team I worked with. They were amazing.

JL: Thank you for your time! Where can folks keep up with you and find your music?

QJ: You can keep up with me on Instagram @queenjomusic and my music is streaming on all the different streaming platforms.