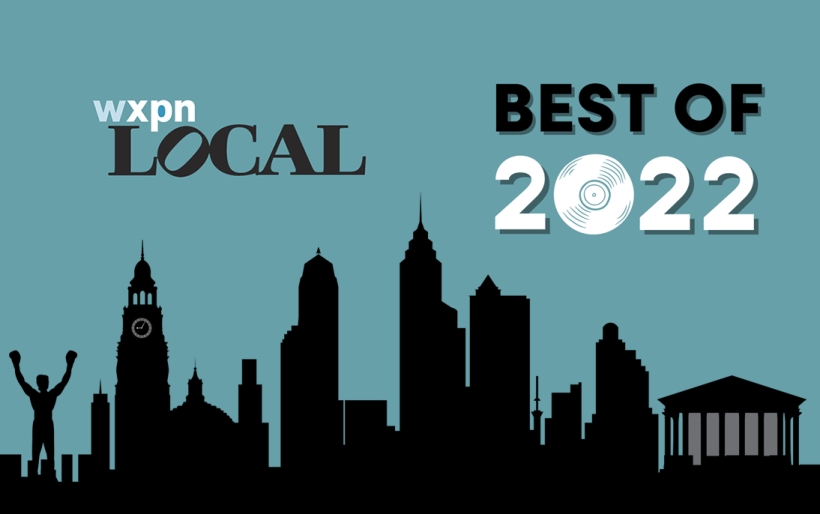 As the final weeks of 2022 drew to a close, our Philly resident music enthusiasts and experts convened at WXPN studios to reflect on the music from our community we loved over the past 12 months. The result is the December 13th, 2022 episode of WXPN Local, where host John Vettese was joined by Abdur Rahman and Paige Walter spent most of the two-hour show playing their favorite Philly music of the year, and talking about why they loved it. Listen to the show above, and check out a rundown of what they played and why they loved it below. For more, head further down the post for an expanded Best of 2022 Philly playlist on Spotify.

The Districts – “No Blood” – Their 2022 album Great American Painting sees the band adapting to a new lineup and a shaken up world by reinventing their sound through synthesizer atmospheres and driving dance rhythms, but at the same time it doesn’t sacrifice the existential dread makes frontperson Rob Grote’s lyrics so compelling. – John Vettese

Palm – “Parable Lickers” – Parable Lickers is collection of songs that are captured in space and time but when you hear them live it’s always going to sound different. – Paige Walter

Balmour – “Align” – I’m very proud of Balmour, I’m really happy to see the work he’s put in. He dropped Double HP in April and ive seen a lot of people supporting [it], and a couple months ago he had 90 thousand streams. – Abdur Rahman

Shamir – “Reproductive” – His voice unlike any other voice by an artist I’ve heard. Its a crazy soprano that soars, wild and untameable. – P.W.

Sinnia Brown – “PLL” – Her voice is extremely powerful and talented. Even how she writes, her writing style reminds me of SZA; it’s almost like she’s rapping or freestyling while she’s making the song. Sometimes with R&B they have a cadence they stick with, but with Sinnia it’s off the top, it’s literally just like improvising her lyrics. – A.R.

Queasy – “Spherical” – Energetic indie rock that’s both poppy and noisy. It’s aggressive and it’s also beautiful. It’s a great bunch of songwriters that remind me of Sonic Youth, Broken Social Scene, Slowdive, a lot of classic indie rock while putting their own spin on it. – J.V. 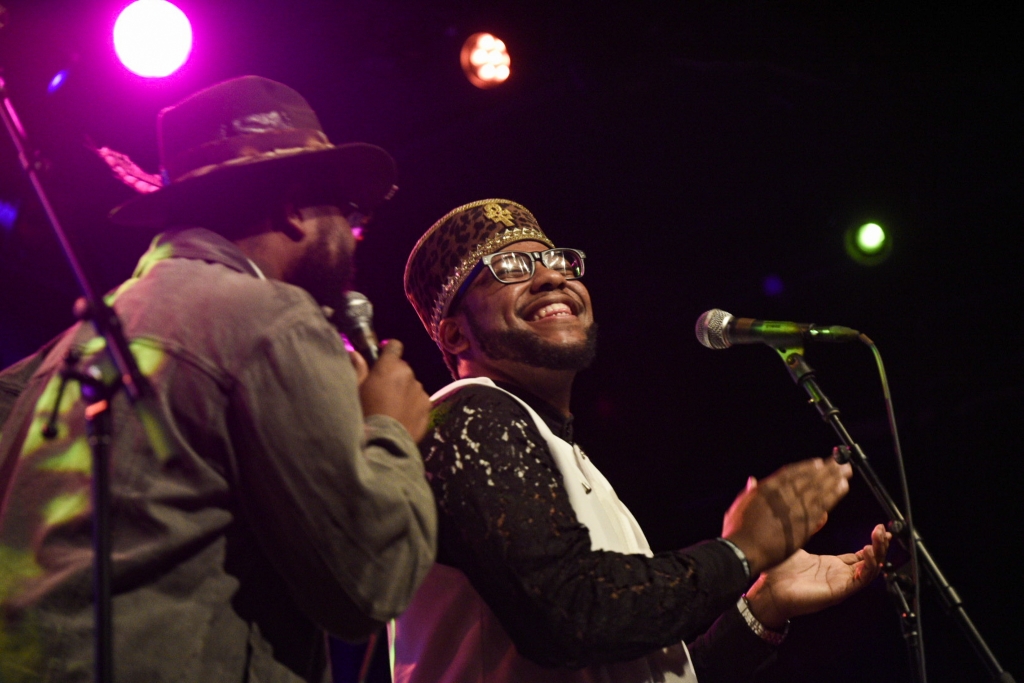 Arthur Thomas and the Funkitorium | photo by Paige Walter for WXPN

Arthur Thomas & The Funkitroium – “I Wantcha” – I feel like he’s really found his voice since being a rapper to being a funk singer. He’s finding his way, finding how his voice works. It made me excited for their next album; this EP is like an appetizer, like a good bowl of spinach artichoke dip, that you’re just waiting before you get to the main dish. – A.R.

Sadurn – “Snake” – Absolutely gorgeous, emotional music that lyrically cuts to the bone. G Groot the vocalist is a stunning singer, they lead a great band of talented people who know how to play the whole Americana arranged thing, but it’s not overdone, its spacious. Everyone knows their place, they know when to play, they know when not to play. They know they can sometimes have a greater impact by not playing. – J.V.

The Lunar Year – “Mist of the Teal Mara” – Next year I think Katie from The Lunar Year is gonna have her year. This is the first of a number of songs that will define a new era for her and her music. It’s more expansive, it’s more atmospheric. It’s really biting, the lyrics. And very direct. – P.W.

Kristine Leschper – “Ribbon” – Its honest, it sounds like a babbling brook in the woods. It’s really calming and meditative, but thoughtful and deep, and worth 10,000 listens because there’s something new every time, the layers in it. – P.W.

Ajay – “I Never Slept In The Summer Shade” – Ajay’s music has got some John Mayer in, some Steely Dan, it’s very calm and very chill but he’s got a very soulful voice. For people who know the singer Mac Ayers, he reminds me of him. He’s very soulful but he’s very calm and mellow; like if you’re just trying to relax, maybe on a Sunday afternoon if you’re just driving you just chilling with somebody, you’re gonna enjoy Ajay’s music. – A.R. 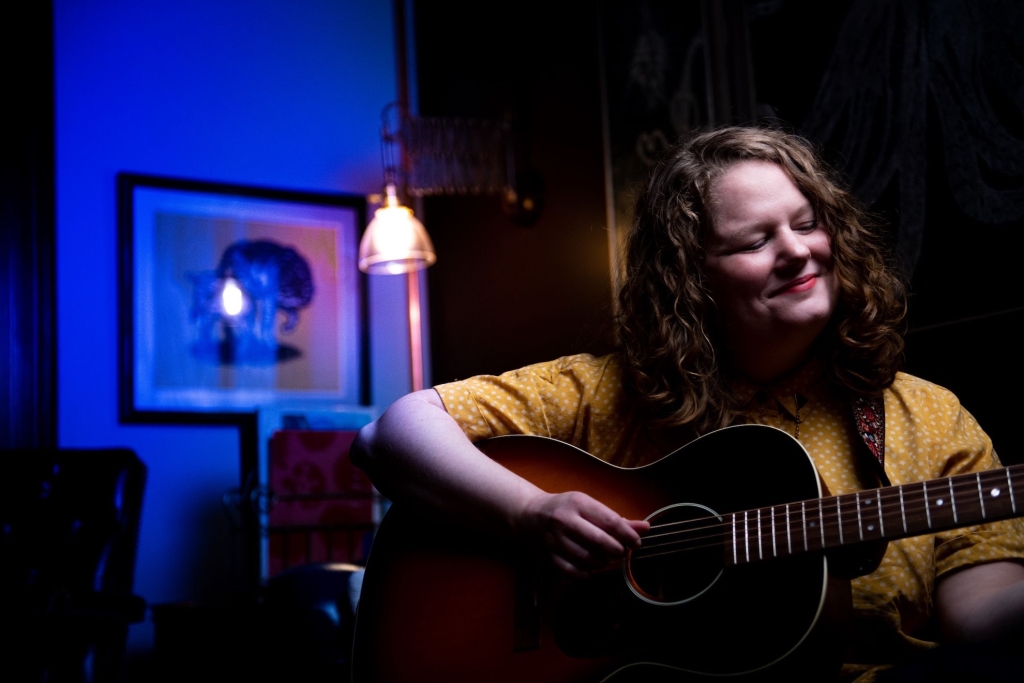 Brittany Ann Tranbaugh – “Like Dustbowl Refugees” – She writes contemporary folk music and this song is a comment on folk musicians who write from experiences they don’t have, like they’re from another era or this nostalgia. It’s a little bit of a dig, but she comes around in the end to forgive those musicians and forgive herself for sometimes being in the same position. It’s a really beautiful and honest song. – P.W.

Aprilfoolchild – “Link Up” – It’s very vulnerable, it’s a little bop that was cool to put out and I really enjoyed it. And also too i enjoyed hearing her play the flute on it. I really like how certain hip hop producers will have a tag for them? I feel like her flute playing is her signature for a majority of her songs, so it was definitely good to hear. – A.R.

Ryan Gilfillian – “Talk To Me (ft. Devon Gilfillian)” – It’s a great mix of soul and hip-hop, he rhymes on this song, his brother Devon joins him to do a little bit of singing, a little bit of guitar playing, it’s wonderful. – J.V.

GoGo Morrow – “In The Way” – She was the first artist I covered when I was an intern here about 8 years ago. Seeing her grow from here, being able to get a record deal and performing at the BET awards, seeing her traveling and touring with Flo Milli, and this yer, it all started with that song “In the Way.” I love her voice, I’ve always loved her voice. And that EP she did, a lot of it’s a bunch of old sampling R&B songs, might be some hip hop songs too, and making her spinoffs. If that’s her introduction, I think its a very very good first step. – A.R.

Kingsley Ibeneche – “So Kind” – It’s a celebration of family and community and is just this incredible mix of electronic rhythms and melodies that are very unique to Kingsley, very much indebted to his Nigerian heritage. Also him taking those influencs in his own direction as far as he can run, and it’s beautiful stuff. – J.V.

Lizdelise – “WMN” – They had a fantastic EP they put out last year, and this year its just one single, and damn if its not a powerful one. Liz’s music touches on their gender identity, and I think that’s just a really powerful thing to communicate. And this year saw Liz and the band growing a lot more, going on a domestic tour, playing Union Transfer for the first time, and I think next year will have even more in store for them with a full new record. – P.W.