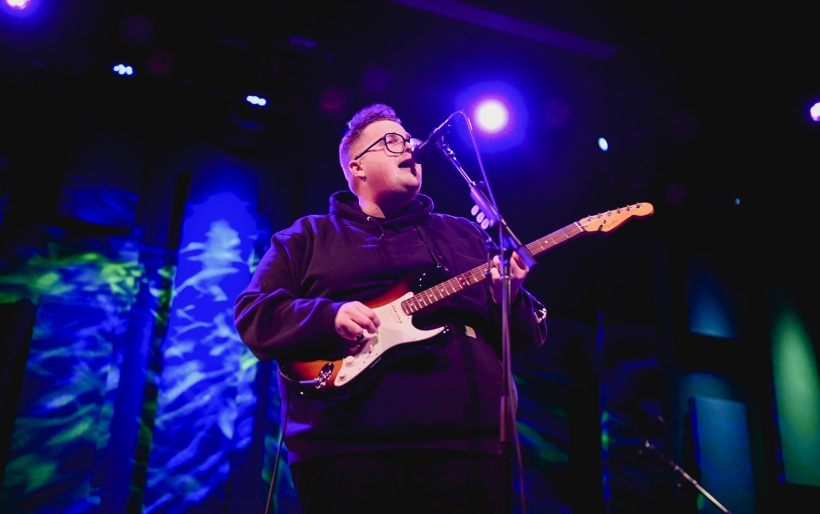 The emotive Nashville outfit played an uplifting set for this week’s midday concert.

The first thing that hit you at today’s Free at Noon with Michigander is the soaring voice of frontperson Jason Singer; as “Reds” hit it peak, with the repeated lyric “You don’t have to figure it out / You just got lost, no, you haven’t lost your mind,” he went from a fervent chest voice to a commanding upper-register howl, captivating the midday crowd.

The second thing is how plainly, unapologetically pop their music was. Showcasing their upcoming EP It Will Never Be The Same, the band evoked the earnestness of Coldplay and The Head and The Heart; this is music that is meant to sound big, get you in the feels, and connect.

At the same time, there was a humble bookishness to the proceedings, with “In My Head” recalling overlooked indie faves of the aughties like The Weakerthans and Voxtrot. That song’s a Manchester Orchestra collab, so maybe there was some influence there, but you heard it throughout the set, from the new singalong “Super Glue” to the tease of Radiohead’s “Karma Police” on the intro to East “Chicago, IN,” to the punchy closer “Let Down.”

Backed impressively by drummer Aaron Senor, guitarist Jake LeMond, and bassist Connor Robertson, the band’s Free at Noon was a taut and touching half hour and change that got the crowd’s voices raised and their energy high. Listen back to the performance and check out a gallery below; It Will Never Be The Same is out March 31st and can be preordered here.