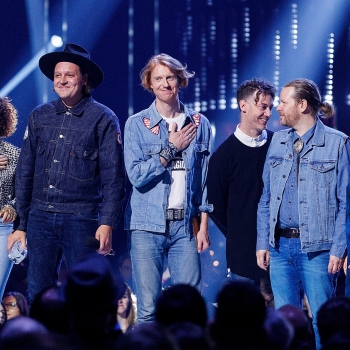 Where They’re From: Montreal, QC

Who They Are: Breaking through a sea of dour indie artists to bring a sense of theatrical grandiosity to rock in the mid-aughties, Montreal collective Arcade Fire made it okay to feel all the feelings and scream them from the rooftop with their 2004 LP Funeral. Led by dual singers and songwriters Win Butler and Régine Chassagne and ranging from six to ten members, Arcade Fire quickly ascended to arena levels on the strength of moving and cathartic anthems like “Wake Up” and “We Used To Wait,” and while their aesthetic can sometimes lean towards the conceptual, they’re just as often down-to-earth and relatable.