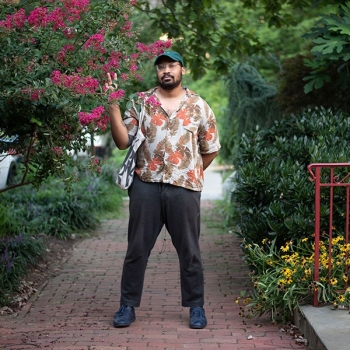 Where They’re From: Washington, D.C.

Who They Are: Bartees Strange is a singer/songwriter/guitarist based in Washington D.C. He was born in England and grew up in rural Oklahoma. Bartees’s 2020 album, Live Forever, was on many critic’s and music websites best albums of 2020 lists, and for good reasons – best summed up by Paste Magazine, who calls his work “a tapestry of traditions, ideas and sounds.” The album, clocking in at 35 minutes and 11 songs, has a compelling aural singularity and offers a unique, often artsy and experimental take on indie-rock and pop conventions. Live Forever was released on the indie label, Memory Music, started by Philadelphia producer, engineer and songwriter Will Yip, in conjunction with Run For Cover Records.