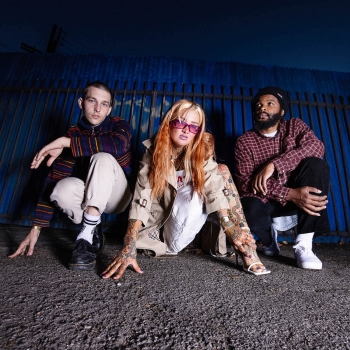 Where They’re From: Chicago, IL

Who They Are: The indie rock three-piece of Emily Kempf, Jason Balla and Eric McGrady formed in 2015 and released their fourth studio album Blue Skies in May of 2022. In a interview for World Cafe in 2020, Raina Douris said Kempf sings “like she’s getting some real, raw, pure emotion out of her system. She started out as a very shy kid, but now she loves the rush of performing live.” The band was a WXPN Artist to Watch in June of 2022, and joined us for the Free at Noon concert series that month as well.