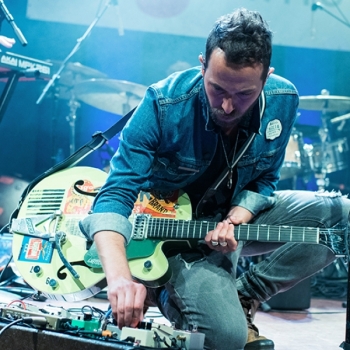 Who They Are: A modern rock outfit with undeniable classic rock influences, Mondo Cozmo broke out in 2017 with the song “Shine,” a song that made huge waves in the AAA radio world. The band is fronted by Josh Ostrander, originally from Bucks County, and who still has strong ties to the area. They were named a WXPN Artist to Watch in June of 2017, played NON-COMM that year, and ripped it up with songs from their debut album, Plastic Soul. Growing up around the Philly music scene, Ostrander fronted Laguardia from 2000 to 2005, then went on to form Eastern Conference Champions for ten years.