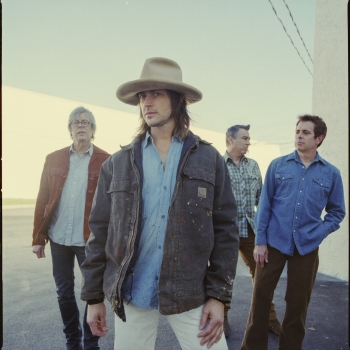 Where They’re From: Dallas, TX

Who They Are: Revved up Texas rockers Old 97’s fuse amped-up boostomp country rock and roll with the witty and cerebral lyricism of lead singer and songwriter Rhett Miller, who wrote about love, lust, interpersonal connections, and getting the heck out of the one-horse towns of the world. Taking an unbridled indie rock approach to Americana, they fit nicely into the alt. country space as it spread around the U.S. in the late 90s, and their live shows were always-entertaining spectacles of beer, sweat, and singalongs. In the early 00s, Miller launched a solo career, but his band continued releasing terrific albums in tandem, and are regulars on the touring circuit – especially at XPoNential Music Festival, where they played an especially memorable set in 2014.