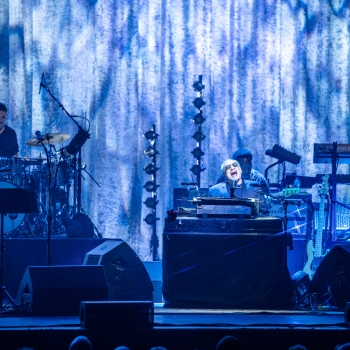 Where They’re From: Annandale-on-Hudson, NY

Who They Are: Steely Dan is a boundary-pushing band and recording project founded by Walter Becker and Donald Fagen in the early 1970s. The group’s distinct compositions are complex, and feature changing time signatures and vocal harmonies — things that often get them pegged (pun somewhat intentional) with the “jazz rock” label, something they often resist. Despite rousing a devoted audience, the band suspended activity in the 80s, but made a triumphant return in the late 90s, winning several Grammy awards for Two Against Nature in 2000. The band was shook by the death of Walter Becker in 2017, but Fagen continues to tour under the Steely Dan banner with a rotating cast of players, and release live recordings.