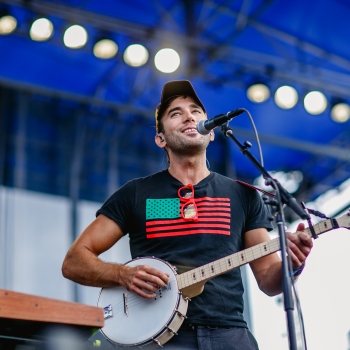 Where They’re From: Detroit, MI

Who They Are: Out of an ambitious goal to write full-length records for each of the fifty states came Michigan and Illinois, two of Sufjan Stevens’ formative masterpieces and, ultimately, the only two “state-themed” records he would produce. Both records proved Stevens’ chops as a multi-instrumentalist and composer, as well as a storyteller. His decades-long discography vacillates between folk and electronic music with each record, and his pension toward theatrics translates well to his scoring and soundtrack work. Stevens recorded original music for films such as I, Tonya and Call Me By Your Name, and has been nominated for both an Academy Award and a Grammy Award.