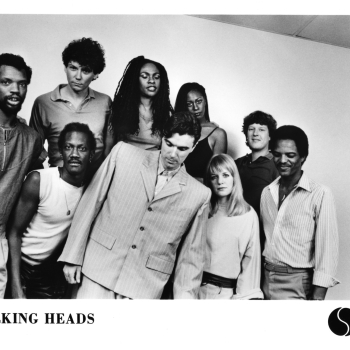 Who they are: The Talking Heads were an art-rock, newwave band led by songwriter David Byrne that incorporated world music influences alongside electronic dance beats. Producer Brian Eno helped the band achieve their vision on a string of releases in the late 70s. In 1984, Talking Heads released a concert film called Stop Making Sense that became one of the best-received films of its genre. The band reached its commercial peak by the mid 80s with Americana-influenced Little Creatures, and “ended” when Byrne left the band in ‘91, though the rest of the members continued to tour as “Shrunken Heads.”