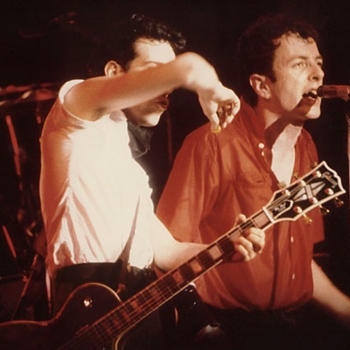 Where they’re from: London, England

Who they are: The Clash were one of the most influential punk rock groups of the 20th century, and produced genre-bending and politically-charged music that gave way to the post-punk and new wave movements. With their third record, London Calling, The Clash gained popularity in The United States, and used their voice to condemn racism and antisemitism, specifically through a socialist perspective. Like contemporaries The Ramones and the Sex Pistols, The Clash inspired a new generation of garage bands in the punk tradition. After a decade as a band, The Clash split up due to internal friction, and dreams of a reunion were ultimately squashed after lead vocalist and guitarist Joe Strummer died in 2002.