The Replacements - WXPN | Vinyl At Heart 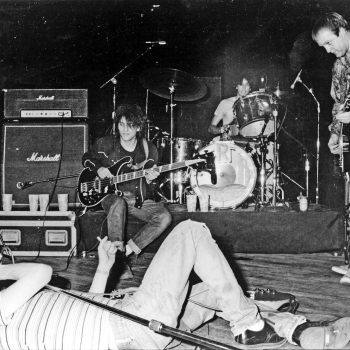 Where They’re From: Minneapolis, MN

Who They Are: The Clash famously gets tagged with the slogan “the only band that matters,” but the stateside contender for that title is easily the rowdy Minneapolis rockers The Replacements. Circling around lead singer and guitarist Paul Westerberg and his bandmates Tommy and Bob Stinson (bass and lead guitar, respectively) and drummer Chris Mars, The ‘Mats were the definition of “unhinged,” blasting through the 80s in a fog of booze and drugs, playing explosive garage rock songs to rabid fans. What kept the band from being an all-out mess – and what keeps them topping critics’ all-time best lists year after year – was the depth of Westerberg’s songwriting, which was introspective and sensitive, exploring profound personal truths of young Americans pushed aside by society, particularly on songs like “Sixteen Blue,” “Androgynous,” and their most iconic song, “Bastards of Young.” Though The Replacements stopped formally making new music after 1990’s All Shook Down, and Bob Stinson passed away in 1995, they regrouped for reunion tours in the mid-00s and mid-teens as well. Tommy Stinson and Westerberg all have notable solo careers as well.