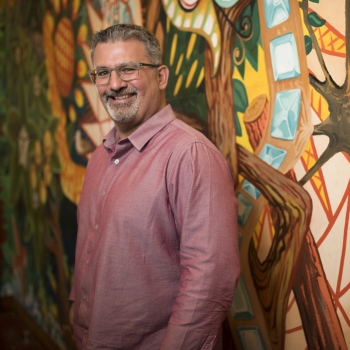 Bob is a lifelong resident of the Philadelphia region, having worked his entire radio career in the Delaware Valley. Graduating from Hammonton High School in 1983, Bob moved to Philadelphia to attend Drexel University where his broadcasting career began at WKDU, and included an internship with WMMR’s Morning Zoo with John Debella and Mark “The Shark” Drucker.

Bob was also a TV sports anchor at WMGM-TV 40 in Atlantic City and did radio “play by play” announcing for high school sports. Afterward, he had the chance to work with the legendary Philadelphia Eagle Vince “Mr. Invincible” Papale. The two were broadcast partners, and not long after Bob began working with Vince at 950 am WPEN radio in Philadelphia. Bob credits Vince for giving him his big break in Philly radio, similar to how former Eagles head coach Dick Vermeil gave Vince Papale his chance in the NFL. After Vince left WPEN, Bob was hired as part of the WPEN Morning Show with Ken Garland, Elaine Soncini, and Art Andrews. During that time Bob had the chance to work with a number of Philly radio icons such as: Joe Niagra, Jerry Stevens, Wee-Willie Webber, & Tom Moran.

From WPEN, Bob moved to Sports Radio 610am WIP as a Sports Update Anchor. During his 11 year career at WIP, Bob worked closely with radio personalities including Angelo Cataldi, Tom Brookshire, Bill Campbell, Howard Eskin, & Mike Missanelli. In 1991 Bob began his career as Director of the XPN Student Sports Internship program, overseeing Penn football and basketball games. Later he was promoted as WXPN’s full-time, News Director and Morning Show Anchor where he worked alongside Michaela Majoun until 2015, at which time Kristen Kurtis joined the XPN Morning Show! Now 30 years into his career Bob still loves talking to the members and listeners of WXPN, both on-air and in person!

Fun Facts: Bob played basketball, baseball, and track in high school, and played saxophone. Bob has three grown children with his wife whom he met at college.