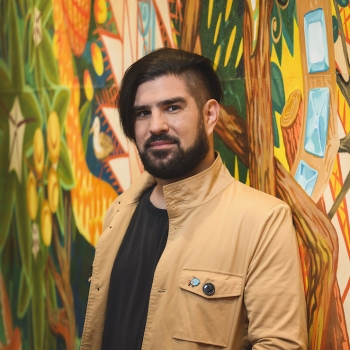 I had ambitions in high school, I swear. I wanted to be an actor.

It was a quaint and quickly derailed thought. A little over 25 years ago I stumbled into a nice gentlemen wearing a radio station t-shirt. This was back when I wasn’t terrified to start conversations with strangers inside convenience stores. This fresh faced 16 year-old remarked “I love that station! They play such cool music I don’t hear anywhere else.” The nice gentlemen explained that it was a non-commercial radio station, he worked there, and that if I liked what they did, I should intern there.

So I did. So much for going to college to study theater.

There I was: a high schooler radio DJ in Chicago, playing songs for (I’m assured) more than a handful of people. Just like playing music in by bedroom with best friends, except better. It was strangers sharing music (and opinions about that music) It was random phone calls from 3rd shifters wanting to have a few minutes to hash out any number of topics. It was ‘thank you’ for playing my favorite song. It was discovering your new favorite song. It was, most importantly, a connection through the ether!

And I was hooked on facilitating it.

Over the last quarter century I’ve travelled the country sharing those musical connections, working at big and small stations, in towns you’ve never heard of, and cities you’d probably avoid. But those connections and driveway moments have always inspired me.

About a decade ago I left the incredibly tenuous world of commercial radio and returned to my public radio roots. In 2017, I had the chance to join the celebration of music and Philadelphia at WXPN. It’s great! A station I’ve always admired, in a city I’m proud to call home. When I’m not at work or a show, you can find me in Center City with my partner, two cats, and a sentient collection of video game consoles.