Tonight's Concert Pick: Yourself And The Air at Kung Fu Necktie - WXPN 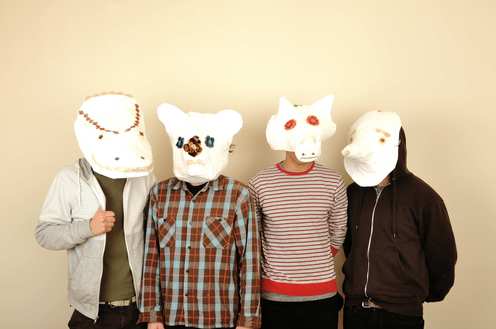 Tonight’s Concert Pick: Yourself And The Air at Kung Fu Necktie

Yourself And The Air is from the suburbs of Chicago, but the band has the hard-working mentality the city is known for. The attitude is a funny juxtaposition to their lazy, dreamy music, but they churn out spacious melodic electropop at a prolific rate. They just dropped Who’s Who In The Zoo, which was recorded in a month in a home studio. It’s the band’s fourth EP and they’ve dealt with a line-up change for each one. It’s also their first record put out with the help of a label, Lujo Records—and the story of the signing is further testament to their sweat-it-out approach. They were set for a double-booked show in Ohio and the other band backed out. They ended up playing for literally one person: a music blogger and friend of the Lujo owners. A few months later they were offered a deal. Hopefully all the hard work has rewarded them with outstanding endurance; their stop in Philly tonight falls right in the middle of another packed tour. Yourself And The Air performs with Everyone Everywhere and Mercury Radio Theater at 8 p.m. at Kung Fu Necktie; tickets to the 21+ show are $8. —Dave Simpson