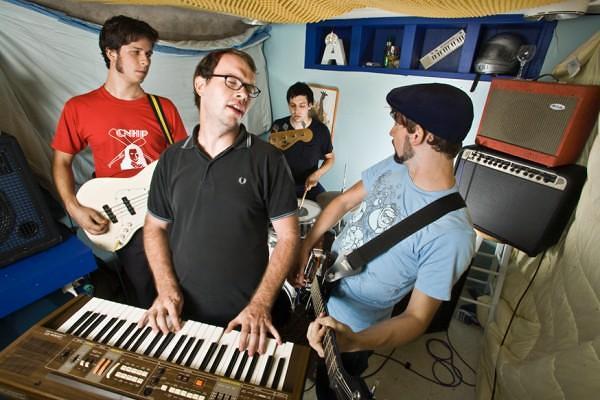 South Philly’s Faux Slang have released a new self-titled EP. The band includes Rick Hass, Adam Herndon, Dan Verechia (all former members of This Radiant Boy), and Ian Nauroth. The band has its own take on psychedelic-influenced garage rock, like sifting through old records by Guided By Voices, Can, and Velvet Underground. The album is available digitally now and you can pre-order the vinyl here.