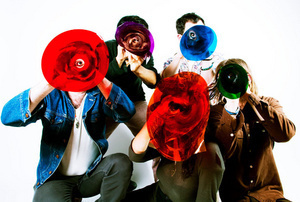 Gang Gang Dance is all about the complicated and unexpected. The Brooklyn-based group has been marrying world beats to experimental rock since 2001—and, five albums later, the music is still surprisingly novel. The band’s most recent effort, this year’s Eye Contact, garnered an 8.5 on Pitchfork and showcases everything from synthy-dance grooves to reggae to a tribute to fallen band member Nathan Maddox (“Glass Jar”), who died when he was struck by lightning in 2002. Gang Gang Dance’s music has become more accessible in some ways, but it’s not any less delightfully weird. Gang Gang Dance performs with Total Freedom and Nguzunguzu at 9 p.m. at Johnny Brenda’s; tickets to the 21+ show are $14.