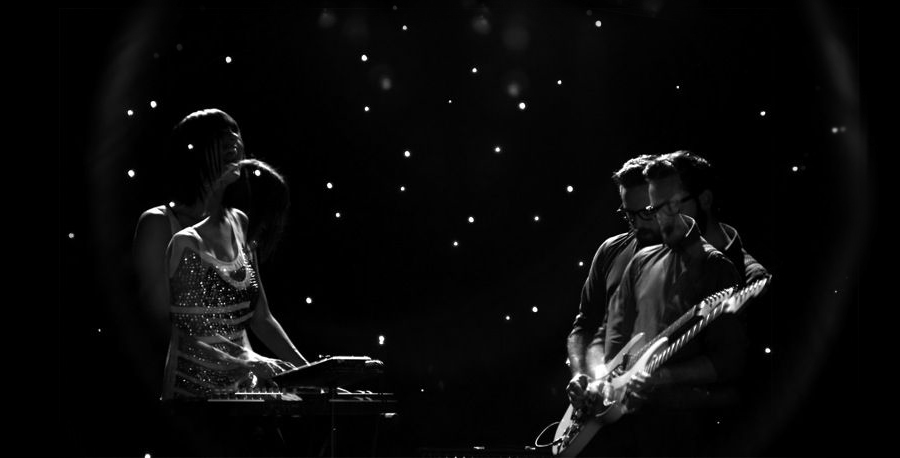 It’s appropriate that the indie/electro-rock duo Phantogram shares a name with an optical illusion. While theirs is more in the audible sense, listening to the Syracuse, NY-based twosome is often an enjoyable trip. It takes place in songs such as “As Far As I Can See,” as vocalist Sarah Barthel sweetly floats through verses layered over glitchy psych beats intricately mixed with samples of her own voice. Other songs from 2010’s Eyelid Movies stand in complimentary contrast, including “You Are The Ocean,” which finds Josh Carter taking lead vocals in a slower and more low-key (yet still trippy and beat-filled) tune. The hypnotizing effects of the songs isn’t limited to the recordings, either: the two bring a drummer on tour with them to ensure their layered sound translates to their live show. Headlining this evening will be L.A. electro/glitch-hop trio The Glitch Mob, who released their most recent EP, We Can Make The World Stop, earlier this month. Phantogram performs with The Glitch Mob at 9 p.m. at Theatre Of Living Arts; tickets to the all-ages show are $23.

Phantogram – Mouthful of Diamonds (The Jackals Remix) by Hypetrak