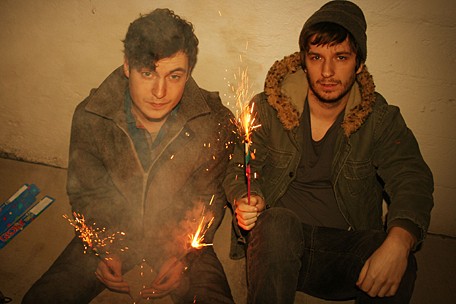 With modernized Beatles influences and clever songwriting as just two of their strengths, Nic Snyder and Josh Sickels have brought their duo 1,2,3 a great amount of attention in the year since its formation. With Snyder on vocals, vox, guitar, and keys and Sickles on drums, the Pittsburgh duo has received press from everyone from the New York Times to BBC Radio 1 for their ’70s inspired, riff-filled indie-rock. They released their debut album, New Heaven, on June 21st, and toured with Givers and Pepper Rabbit the same month. Headlining the show tonight will be English “gritpop” band Viva Brother, which is set to release its debut album, which was produced by Stephen Street (The Smiths), this August. 1,2,3 performs with Viva Brother and The Dig at 7:00 p.m. at Kung Fu Necktie; tickets to the 21+ show are $12.