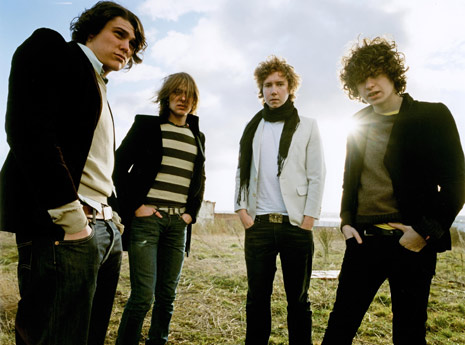 The Kooks announce tour, performing November 15th at the Trocadero

British indie-pop quartet The Kooks will return with a new album on September 13th, their first since 2008’s #1 UK hit Konk. The LP, which will be entitled Junk of the Heart, was produced by Tony Hoffer (Beck, Belle & Sebastian), and was recorded in L.A. and London. The band has also announced their first tour in three years, which is set to begin in Philadelphia on November 15th at the Trocadero. Ticket information is not yet available.

They recently released the first single from the LP, quite similarly entitled “Junk of the Heart (Happy)”. Download an acoustic version in exchange for an email address below.