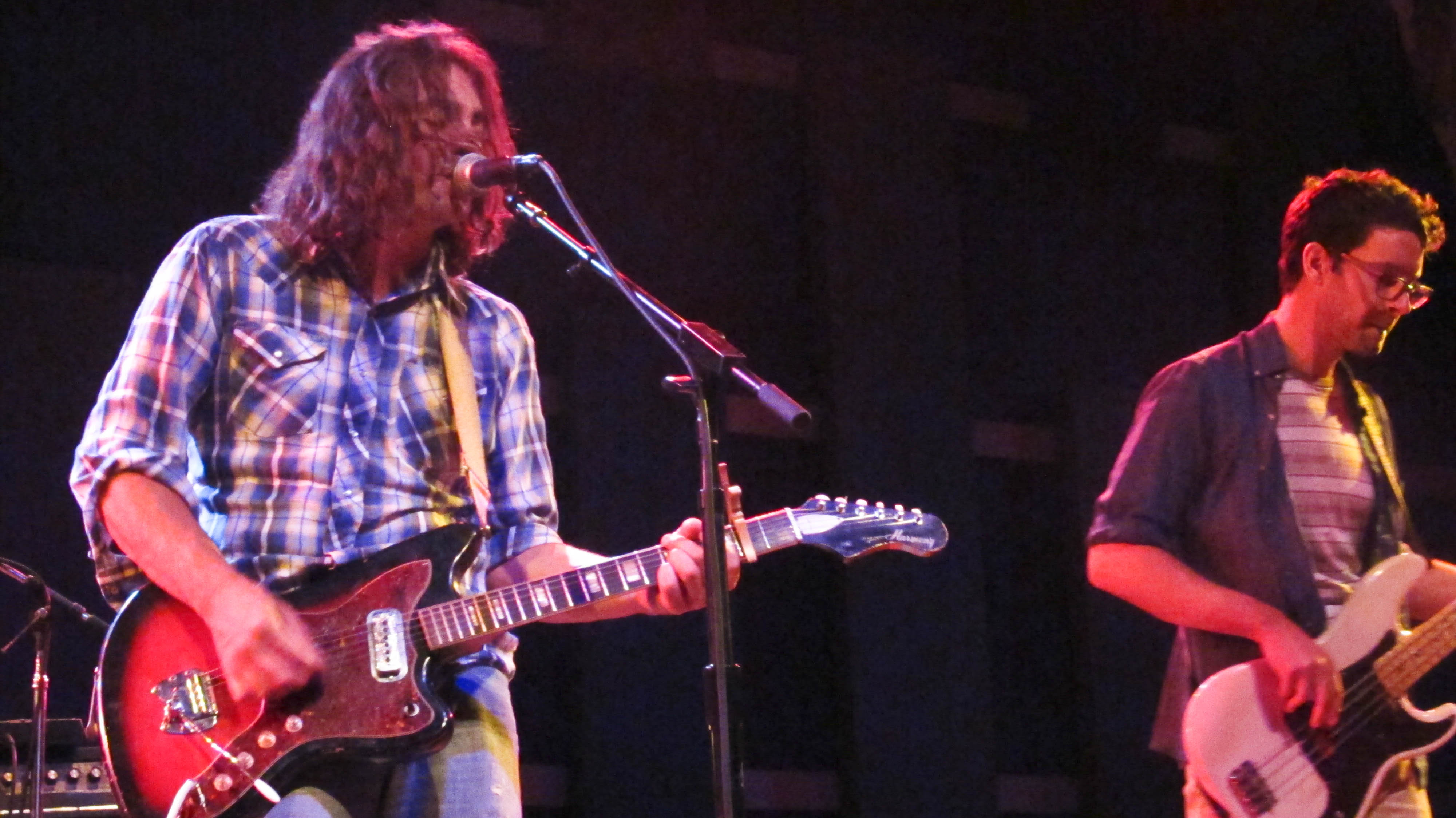 Supporting their second album Slave Ambient, Philadelphia’s The War on Drugs performed live for WXPN’s Free at Noon on August 12, 2011.

Founding members Adam Granduciel and Kurt Vile met at a party and bonded over their mutual admiration for Dylan; the two would soon begin recording together. Granduciel’s gritty vocals are supported by the band’s dreamy ambience, and together they form a rich sound. With its full-length debut, Wagonwheel Blues, the band experiments with a wide variety of styles and influences, blending noisy distortion and rootsy rock.

Though Kurt Vile left the band and there have been other lineup changes, The War on Drugs has steadily built an audience in the past few years. Four years in the making, Slave Ambient is a hearty dose of rock ‘n’ roll, with plenty of side influences. From the expertly placed synthesizers and bold electric guitars to the undercurrents of country-rock and vintage pop, Slave Ambient is just plain stimulating.

You can listen to today’s performance below.