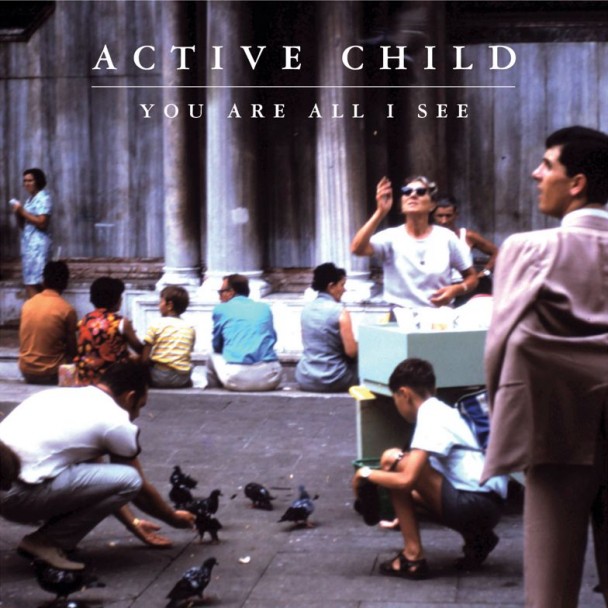 Stream Active Child’s new album, You Are All I See (band performs at the Church on Sept. 8th)

Anticipation for Active Child’s full-length debut You Are All I See has been building over the past few months with the release of several acclaimed tracks, including “Hanging On” and the How To Dress Well-featuring “Playing House.” The solo project and album come courtesy of Pat Grossi, an L.A.-based singer-songwriter and harpist who sang with the Philadelphia Boys Choir while growing up. Though he has only been performing for a few years, Grossi has already toured with the likes of James Blake, School of Seven Bells, and White Rabbits.

You Are All I See will serve as a follow-up to Active Child’s 2010 Curtis Lane EP, and was produced by Ariel Rechtshaid (Cass McCombs, Glasser). It’s an enchanting work, featuring shimmering, gorgeously textured synths and harps layered over rolling drum machines. Grossi’s vocals draw influences from his choir-boy days, and are also reminiscent of high-pitched contemporaries such as Bon Iver. “Playing House” is a standout track; the perfect R&B vocals from How To Dress Well’s Tom Krell provide a groovy lo-fi surprise.

Said Grossi of the album:

“You Are All I See is an attempt to build a bridge between the listener and I, in that, I wrote these songs for you as much as I did for me. And right now when you are listening to my voice, by yourself, it really is just you and I.”

“The songs focus primarily on the joy and heartbreak of relationships, love lost and rediscovered, battles with monogamy, battles with identity,” Pat says. “It came out much darker than I had intended, but sometimes you only have so much control.”

You Are All I See is due next Tuesday, August 23rd via Vagrant Records. You can pre-order the album here.

Active Child will be performing in Philadelphia at the First Unitarian Church (Side Chapel) on September 8th. Tickets cost $10 and are available here.

Stream the full album below, via Hype Machine.