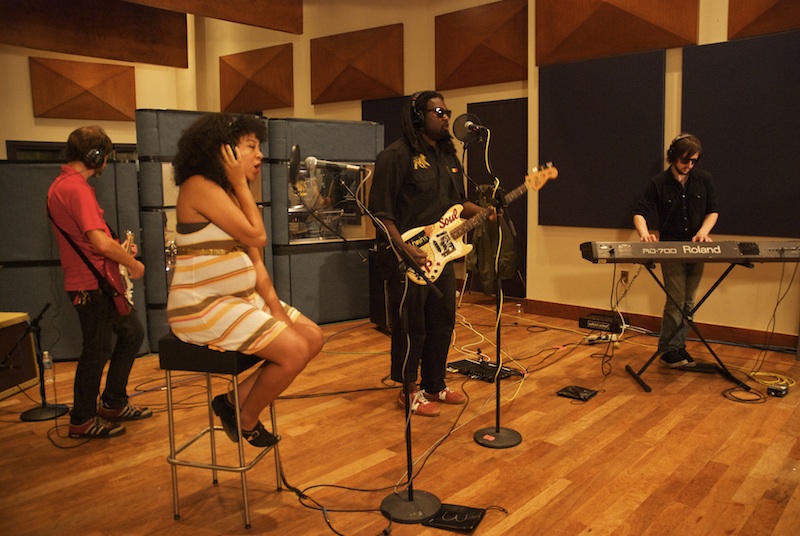 Recently, the reggae/dubstep band Blayer Pointdujour And The Rockers Galore dropped by the XPN studios to record this month’s installment of our new Key Studio Video Sessions. (Last month, our inaugural Key Studio Video Session featured the country/folk trio Sisters 3.) In addition to the audio and video—which we’ll post next Wednesday—we were able to shoot a few photos of the session, which we’ve posted below. Blayer Pointdujour And The Rockers Galore’s debut EP, Port Au Prince, was released by the Philebrity label last August; you can listen to it via Soundcloud below. The band’s next show, which was originally scheduled to take place at Bookspace, has been moved to The Philadelphia Mausoleum of Contemporary Art at 531 N. 12th Street (9/17, 8 p.m., $10); the updated flyer is included with the photos below.