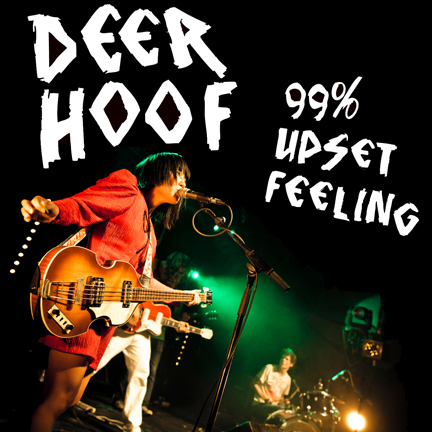 In the last decade or so, few big-name indie bands have managed to simultaneously confound and please its fans as often and with such clockwork-like regularity as Deerhoof. The San Francisco-based art-rock quartet is currently touring behind its latest album, this year’s Deerhoof Vs. Evil—which is the seventh proper full-length since the band’s 2002 breakthrough album Reveille. Earlier today, Deerhoof announced the release of a free 11-song live album, featuring performances from the previous Vs. Evil tour.

Here’s the word, straight from the band:

“It’s been four years since Deerhoof posted one of their free web albums. In that time they’ve added guitarist Ed Rodriguez to the band, released two full-length LPs, and a slew of singles, compilations appearances and remixes, topped the college music charts, formed a new band with Konono No1, curated a Belgian music festival, and racked up one accolade after another in the music press. They have also toured the world relentlessly, which brings us to this web album. Many say that to experience Deerhoof on stage is to be instantly converted to their singular style. 99% Upset Feeling is arguably the first honest attempt to document the drama and intensity of their live show into a well-recorded package. 11 songs, 33 minutes of raw Deerhoof from their Deerhoof Vs. Evil tour.”

You can listen to streaming audio of the album at deerhoofvsevil.com to stream or download it here. Deerhoof performs with Joshua Stamper and Banned Books at 8 p.m. Wednesday, September 21st, at World Cafe Live; tickets to the show are $19–$42.