ALL WEEKEND
As we mentioned earlier this week, the Popped! Music Festival has been moved to Temple University’s Liacouras Center due this weekend’s expected rain. From the folks at Popped!: “Due to the heavy rainfall and thunderstorms forecasted by the National Weather Service over the next several days for the Philadelphia area, the POPPED! Music Festival, scheduled for Sept 23 & 24 at FDR Park, has been moved to the Liacouras Center at 1776 N. Broad Street on Temple’s campus, in Philadelphia.The producers of the event along with the Friends of FDR Park are taking the necessary precautions to insure a quality event and everyone’s safety. With the record rainfall the city has seen over the last month and the expected rain scheduled for the rest of the week, the ground will simply be oversaturated with water. In an effort to save the park from thousands of people congregating over 2 days in the excessively wet area and still be able to bring a safe, exciting event to Philadelphia, the decision was made to move the POPPED! Music Festival to the Liacouras Center.” Meanwhile, the festival’s much-ballyhooed food bazaar has been moved to the Piazza At Schmidts in Northern Liberties, according to uwishunu. As they note, “It’s also impeccable timing, and location, given the fact that the Girard Fest, put on in conjunction with the Philly F/M Festival, are taking over Northern Liberties and Girard Avenue this very same Saturday with live music, craft vendors, a beer garden, family fun and more.” For full details and ticket information, visit Popped! Music Festival’swebsite. 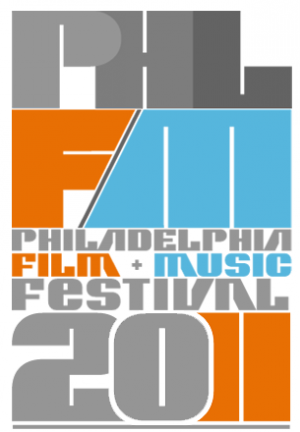 The Philadelphia Film And Music Festival is taking over 14 venues across the city this weekend for round two of the SXSW-inspired showcase. Now in its second year, the festival emphasizes locally-grown bands and music-centric documentaries, packing in over 100 acts and 10 films within the four-day event. Though each day provides the standard lineups of bands everywhere from North Star Bar to the TLA, the fest also plays host to a series of mini fests and events. Friday, for example, includes Our Band Could Be Your Life, a six-hour marathon of local indie bands playing covers of not-so-local indie bands (based on Michael Azerrad’s 2001 book of the same name) at 2424 Studios; Saturday welcomes the double-stage Riot Fest East at the Festival Pier. Saturday will also feature The Philly F/M Singer/Songwriter Showcase at Murphs Bar, giving stage time to four local acoustic acts. After scrambling across the city to catch headliners Deadmau5 or City Paper cover girl Nikki Jean, you can spend Sunday at the Ukie Club for The Key’s Philly F/M Festival BBQ Concert showcase, which begins 11 a.m. on the outdoor and indoor stages. The concert features quirky piano-pop band Jukebox The Ghost and pretty-voiced indie-folk musician Thao Nguyen With The Get Down Stay Down, among many other acts. The weekend ends with a three-band showcase downstairs at the World Café Live including Murder By Death. Tickets to The Key’s Philly F/M Festival BBQ Concert showcase at the Ukie Club are $15; for full details and ticket information visit the Philly F/M Festival’s website. —Marielle Mondon

FRIDAY, SEPTEMBER 23
The release of Grace Potter And The Nocturnals’ self-titled third album was definitely a proclamation of reform. The female roots-rock musician—who has significantly moved toward more accesible songs and a sex appeal-laden image—now almost seems like a good candidate for pop stardom. Yet, despite Potter’s alterations to her musical stylings and appearance over the years, she remains far from pop-diva status. Instead, she is a rock enthusiast who plays a Flying V while belting out soulful ballads. Her earlier records focused on blues-influenced arrangements and strong, emotional vocals. By contrast, her most recent album has moments of reggae and pop  (such as “Goodbye Kiss”). However, don’t be too quick to dismiss the slightly changed Grace Potter: her vocal talents are still extraordinary and her live performances are reminiscent of a young (female) Robert Plant. Grace Potter And the Nocturnals perform with the Sam Roberts Band at 8:30 p.m. at the Electric Electric Factory; tickets to the all-ages show are $25–$28.—Caitlyn Grabenstein