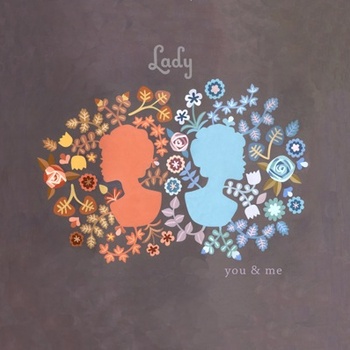 Listen to Lady’s new album, You And Me, via Bandcamp

The members of Philadelphia’s Lady have just released their latest album, You And Me, via streaming audio at Bandcamp.  You can listen to the audio below, or hand over to the Bandcamp page to purchase the album. (The band stopped by the WXPN studios last spring to record a Key Studio Session—featuring earlier versions of “How Did You Know,” “Ecstasy In Your Outline,” and “Give Me”—which we ran back in April.) The official release show for the album is this Thursday, October 20th, at PhillyMOCA with Toy Soldiers and Josiah Wise GodBodi; tickets to the show are $10. Lady also performs at the World Cafe 20th Anniversary Concert with Ani DiFranco and Zee Avi at 8 p.m., Friday, October 21st, at the Chameleon Club; tickets to the 21+ show are $20–$75.