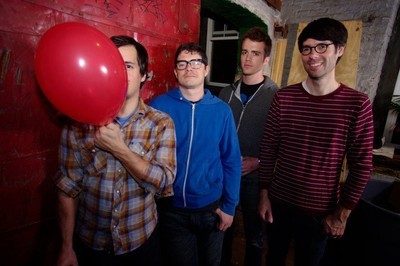 Wigwams has just released a pair of songs from its upcoming EP, International, via Bandcamp. The quartet—which recently performed at The Philly F/M Festival BBQ Concert—features Daniel Morse (also of Break It Up) and Brian Sullivan on guitars/vocals, Jason Strohl on bass, and Phil Sutton on drums. The five-song EP was recorded by Morse at Uniform Recording, Viking Mills, and his home; former guitarist Andy Schulz’s parts were recorded by Dan Johnstone at 22 Studios Bellefonte. The band will celebrate the EP’s official release on October 31st when it opens for Battles at TLA. (Thanks to Dan for sending this our way.)