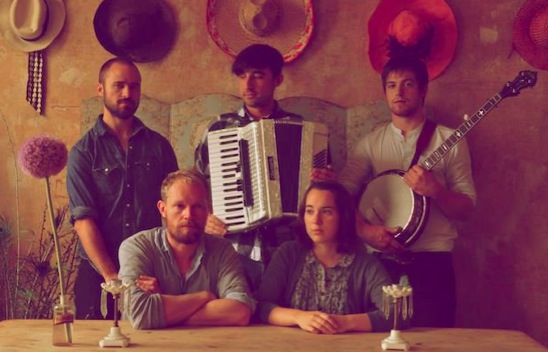 Communion Records, the UK record label co-founded by Ben Lovett of MumfordAand Sons, has its origin in a live-music night started in 2006 at London’s Notting Hill Arts Club. As the success of the live events grew, Lovett decided to start the label in 2009. The Communion music scene has been central to the UK new folk revival which included bands like Mumford and Sons, Laura Marling, Noah And The Whale, and Peggy Sue.

When Lovett was in town with Mumford And Sons this past Saturday to perform at the World Cafe 20th Anniversary tribute concert, he talked about the Communion tour here in the States. The tour, featuring the London-based Matthew And The Atlas, Ohio’s The David Mayfield Parade, and California-based Lauren Shera is in Philadelphia on Wednesday, November 9th at World Cafe Live. “We’re excited that American audiences can get to hear some of these artists. There is a definite vibe to the kind of music we’re doing—the shows, the records—that we think music fans will get in to.” Below, check out a video from each of the bands performing at the show at World Cafe Live Upstairs. Showtime is 9 p.m.; advance tickets to the show are $15 in advance, $18 day of show.