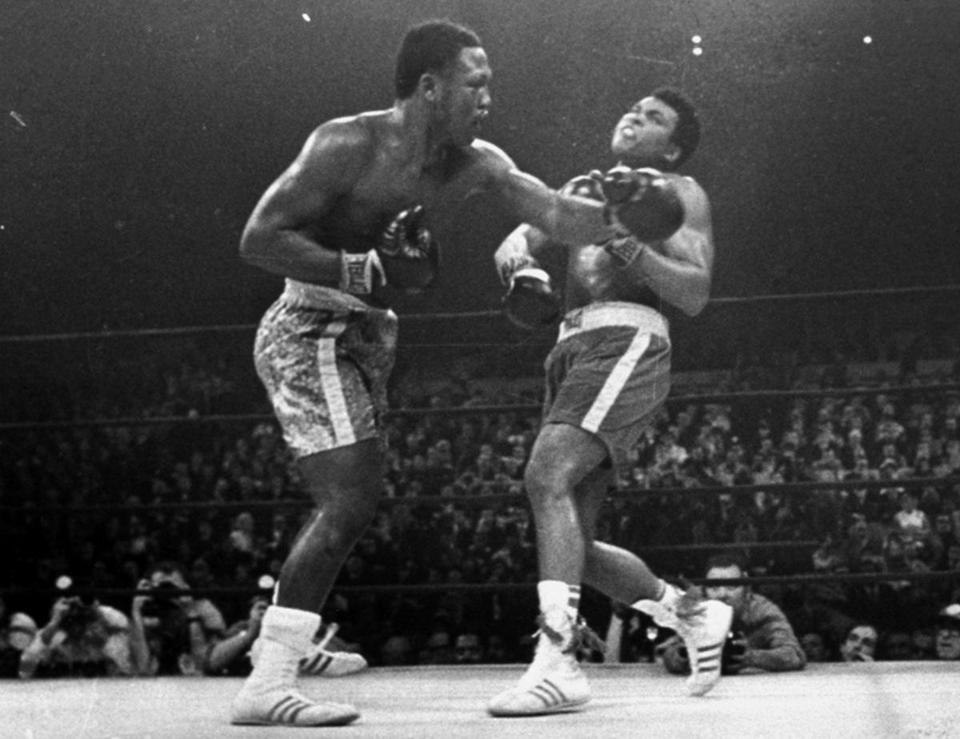 With the sad passing of Smokin’ Joe Frazier, many have recognized his influence and legacy in the world of boxing. However, relatively little has been written about Frazier’s influence on music and his career as a recording artist. Smokin’ Joe recorded for several labels. He released the Van McCoy-written “First Round Knock Out” as the A-side to single he cut for Motown. The B-Side of the single was the Gamble and Huff-penned “Looky Looky (Look At Me Girl.” Frazier recorded for Capital Record and also cut a couple of singles for Knockout Records. As this article from Billbaord.com points out:

“Smokin’ Joe” enjoyed tinkering in the music business, and over the years released several soul-funk records under the Joe Frazier and the Knockouts banner. His musical exploits typically featured a straightforward vocal from the boxer, and often his endearingly clunky delivery made it obvious what the singer did for a living. Songs also had titles or lyrics that touched on boxing — including “Knock on Wood” and “The Bigger They Come.” In the pages of Billboard, Frazier got plenty of ink for his music, including several photo spots in the early 1970s to promote his singles, including a re-make of Frank Sinatra’s “My Way” that references a chatty rival, presumably Ali, and a cover of Eddie Floyd’s “Knock on Wood.”

Listen to Joe’s version of “My Way” below, and go here for Joe’s cover of Eddie Floyd’s “Knock On Wood.”

As a fighter, Frazier had influence on several reggae bands. The Guardian points out in this post that “musicians from Burning Spear to Big Youth and Lee ‘Scratch’ Perry were inspired by the great boxer’s feats in the ring.” Below, check out “Don’t Get Weary Joe Frazier” by I-Roy. Go here for more videos of reggae songs inspired by Frazier.