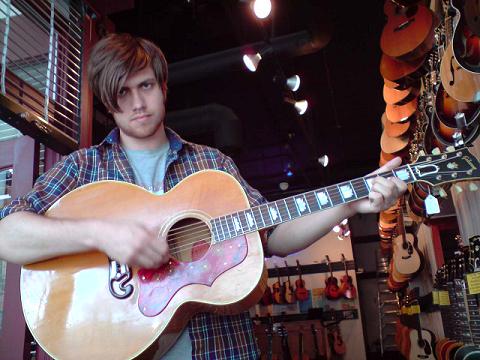 Bobby Long’s music harkens back to that of the 1960s folk revival, as does his method of distributing it. This is at least true of his most recent EP, The Backing Singer, which was released earlier last month and is available exclusively at his live shows. Recorded in a church over a brief, month-long period, Long said of the project, “I had these songs I wanted to get out there… We recorded it live in one afternoon. All of the songs are first or second takes.” The production of the album hints at the simple, acoustic roots Bobby Long is known for. His first major-label full-length album, A Winter Tale, only came out last February. It is a minimalist folk album composed of lyrically driven tales, very much akin to his British-folk contemporary Johnny Flynn. The Backing Singer might also be similar, but you have to attend the concert and purchase the EP to be sure. Bobby Long performs with Rayland Baxter at 8 p.m. at World Café Live; tickets to the all-ages show are $22-$27. —Caitlyn Grabenstien