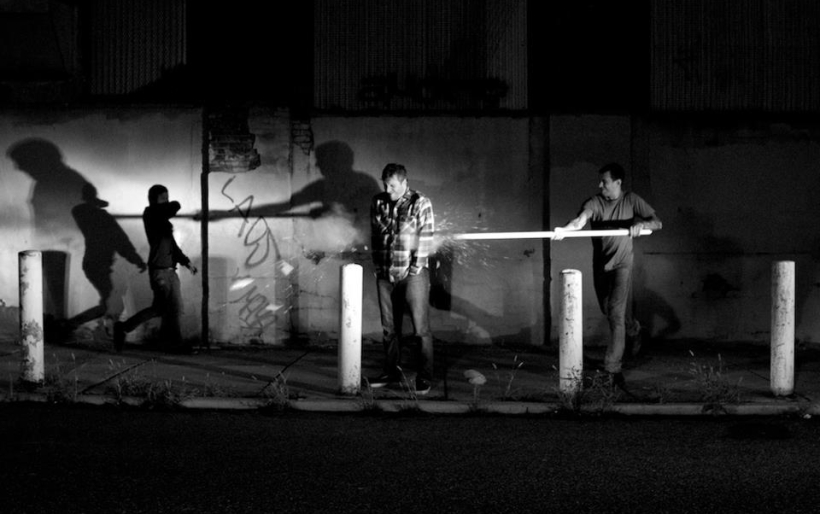 In the midst of their fourth European tour, Philadelphia punk trio Gods and Queens were involved in a van accident yesterday along a highway in the Czech Republic, according to the band’s Facebook page. The members and their companions survived the crash with moderate injuries – drummer Jeff Ziga fared the worst, with his collarbone broken in three places – but the vehicle was totaled, the remainder of their tour was canceled and the band has issued a plea to fans to help them cover their bills, either through PayPal or by purchasing their music online.

I was asleep in the back of the van, so I’m unsure of what exactly happened. All I know is I felt the van skidding out and we started to slide and roll over. Not sure exactly how many times the van flipped but it was more than enough. I started screaming for everyone to tell me they were OK. Gertjan check, Ben check, Sara check, and I didnt hear Jeff.

Ben pulled me out through the windshield and I took off running, screaming for help with blood pouring down my face. I honestly though Jeff was dead. A car stopped and a slew of women started screaming at me and I was screaming at them. We were in the middle of no where and as I was running two things came to mind, I think Jeff is dead, and I hope I don´t get shot like Artimus Pyle. A woman pulled me into her house and her husband and son ran to the van crash site. I found Gertjan, and he said everyone is OK. The family started talking to me via Google Translation telling me everyone is safe and that an amublance is on the way.

Up until the accident, the tour had been a rousing success. Last weekend, Gods and Queens excitedly tweeted “Can I point out that our band, our stupid punk band just played a show in Bosnia. BOSNIA. This has been the best thing we have ever done.” On Facebook, Getz wrote that booking and touring independently made the group realize “that we are 100% on our own.”

So here it is, we are 3 grown adult males in our 30´s who play in a punk band. We are all stage hands at R5 Productions in Philly. That´s what we do to enable us to be here in Europe doing this. Never in our lives have we needed help like we do now.

Read the full story at Facebook and pick up the band’s two EPs and its debut full-length at Bandcamp.