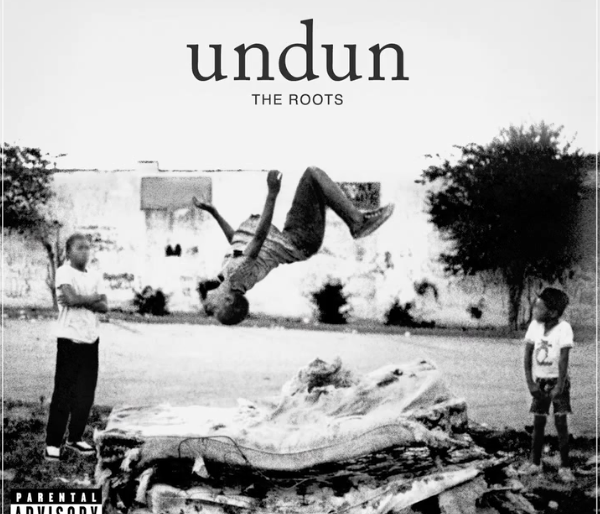 Listen to The Roots’ new album, undun, via streaming audio (from NPR Music)

The record’s most affecting element, however, is its lyricism, led with gimmick-less seriousness by Black Thought, a rapper whose storytelling is unencumbered by sophomoric jocularity or false cartoonishness. His desolation is unvarnished and striking in “I Remember,” in which he darkly rhymes, “I drew a two of hearts from a deck of cards / A stock trick from my empty repertoire / Another hopeless story, never read at all / I’m better off looking for the end where the credits are.” He’s given fleeting respite from the stress of the drug trade in “Kool On,” but is harshly pulled back to earth the next morning in “The OtherSide,” where paranoia surrounds him again: “We obviously need to tone it down a bit / Running around town spending time like it’s counterfeit.”

Go here to read Charlie Kaplan’s full review and listen to the album in its entirety.