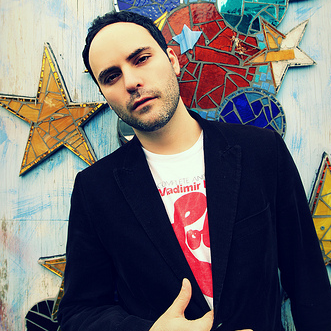 Bill Ricchini’s first album as Summer Fiction is just over a year old, but the frontman is no stranger to the Philly music scene. Though he has released albums under his own name, Ricchini shifted toward a more conceptual dream-pop gaze when writing Summer Fiction’s self-titled debut, resulting in a unified set of songs offering Lolita-style narratives and a mix of instruments to accessorize the piano and guitar-based tunes. The music is nothing if not pretty; while lyrically manipulated by adolescent, girlish things like make-up and first boyfriends, Ricchini maintains a continuous feeling of delicacy in the music, helping form stay true to content. Prior to Summer Fiction’s performance with Pink Skull and Attia Taylor on Friday night at Johnny Brenda’s, The Key spoke with Ricchini about the Philadelphia music scene, being featured in Vogue, and why a straight dude from Northeast Philly is so obsessed with mascara.

The Key: Why did you decide base your music out of Philadelphia?

Bill Ricchini: I lived in New York for a few years and I bounced back between New York and Philly a lot, but I love Philly. I think it’s a great place to live and it’s been a great place to collaborate with other musicians. I find a lot of inspiration in Philly, and the cost of living is pretty cheap and I’ve been able to buy a home and build a studio there. So it’s been a really nice place for me to create.

TK: How do you feel about the music scene here?

BR: I think it’s solid. I think you always have that social element of it, where you socialize with other bands, bump into each other at the bar at Johnny Brenda’s. But it’s been really cool to see bands like Kurt Vile or The War On Drugs or Dr. Dog get national. I think there’s definitely something in the water here and something really cool going on with the bands. It feels like a bit of a Renaissance or a Golden Age. I think there’s a lot of good music going on in the city now. It’s different. When I lived in New York, you get that a lot in Williamsburg, and you get that maybe on the Lower East Side, but I don’t know—it’s so competitive. There’s something about Philly that’s just… I don’t know. I don’t want to make it sound like it’s all milk and honey, but I do feel that there’s just a lot of creative people here who seem to be doing it for the right reasons.

TK: You were featured as an artist to watch in Vogue and mentioned in New York Magazine. Were you surprised to be recognized by those kinds of major publications?

BR: I don’t know. It was nice… not to be cocky, but I did expect it to get some national press because my last records have. But I was happy, we were excited about it. It’s interesting sometimes how national press can validate you. Blogs I feel like are in this position of power and they can write what they want and do what they want, but for some reason, a lot of blogs didn’t write about us until Vogue wrote about us. It’s really funny sometimes how an old-school publication can legitimize a band. But that said, we’re happy to get all of the press we’ve gotten, be it blogs, be it magazines, so it’s been good. We definitely are happy to be in whoever will have us, for the most of it.

TK: So much of Summer Fiction revolves around femininity and make-up. Where did that inspiration come from?

BR: The family I grew up in was very much dominated by women. My father has three sisters, and my mother has a sister, and I have a sister, so I guess there were a lot of women around. I think, lyrically speaking, that was one of those happy accidents. You could probably have a team of analysts figure out where it’s coming from but I’ve seen these kind of repeating themes about make-up and I don’t know what that’s all about. I think I like the idea of writing about women a lot, and I sort of find them to be fascinating. They’re certainly better creatures than us guys. I like the idea of make-up and beauty, but also of a veneer and a mask and all the metaphors that go a long with that. Also a lot of the record is about coming-of-age. I think it was just a natural thing. Some of those words just sound nice, you know? Like I think “mascara” is a really beautiful word. It just happened organically. But the record is really about women, about girls, a lot, so I guess it just sort of fits.

TK: Would you consider yourself influenced by literature?

BR: Oh yeah, definitely. I think even in choosing the band name, I love this idea of sort of a literate thing. Coming off partially from a music angle, loving The Smiths and loving Jarvis Cocker, or anybody I think is a literate lyricist. I love books and I was an English major in college and I guess, just with narratives, lyrically speaking, a lot of the lyrics end up, hopefully, literate and tell stories in some way. I think there’s definitely that sort of Salinger, Raymond Carver, thing going on, with these little vignettes of people. I like that. I like thinking the record, maybe it follows one girl in all these songs, or maybe it doesn’t. I like to play with that a little bit. When I’m writing an album and I see some themes emerging, I try to go with it a little bit, so maybe it can meet some interest of saying, “Okay, in this song she’s in love and in this song she’s moving to new York and in this song she’s on a train on Christmas Eve,” or something. I like to think of songs sort of cinematically.

TK: In the time since the album came out last year, has the concept of it changed for you?

BR: It has changed a little bit. I think I’ve gotten to look at the songs as more stand alone pieces, in a weird way, because I don’t listen to the album that much as a whole record, but I tend to hear songs and play songs live, so I’ve gotten to hear them as these stand alone pieces. It’s interesting. You put out a record where I was sequestered in my bedroom studio working on it, and it becomes something that’s public that you teach other musicians to play and that you get on stage and sing and that becomes more of a communal thing. You sort of feel like the songs are tougher. Less like these delicate little fragments and more like these sturdy songs and I like that. Like they’re sort of aging gracefully, though it’s only been a year.

TK: When you were writing and recording the album you were able to do several musical parts yourself. What is it like to transition into performing live within an ensemble?

BR: [On the album] I played certain instruments myself, and mostly guitar, but I mostly brought in other of musicians. I probably brought in like 35 musicians that played on the record. Somebody would come in and play a cello one day and another day someone maybe someone would come in and play a marimba and a clarinet. I remember trying to approach it with these interesting instruments that aren’t on a lot of pop records, maybe like on The Beach Boys or something like that, so it was very collaborative. I think, though, you can go a couple ways with a project like this, and for me I decided I wasn’t going to try and recreate the record live and have 30 people on stage like an orchestra, but I was going to try to honor the songs in the best way that I can in a rock group format. So the songs changed a bit but it’s been good. I think it’s been fun to present the more pared down but with all the key ingredients there. The record was very much about painting a picture that every day you put another blot of color on it and you’re not really sure if it’s right or not and you have to force yourself to stop working on it. Playing live is more like castles in the sand, it’s like you’ve been working yourself up for this moment and hopefully it works and you communicate something that’s valid, that’s sort of the core of the song, but it’s not going to have like a harpsichord live or all the strings.

TK: When you perform now do you usually have the same people with you?

BR: It’s pretty consistent. Summer Fiction really is a band, and we have consistent members. We’ve had a couple of line-up changes because a lot of the guys were in various bands. But for the most part, we really try to approach it like a band.

TK: Did the concept for the album first come to you lyrically or musically?

BR: Definitely musically. And you know, I wouldn’t want to overblow that it was a “concept” album. I think there are themes on it, but really I think it’s more conceptual musically, frankly. There are themes, like the make-up we talked about, or songs about girls or whatever, but the thing that was different about this album for me was that I really spent a lot of time trying to figure out how songs relate to each other and connect. Maybe you’d hear a melody in one song that we repeat in a later song, maybe you have two songs that are in the same key that flow into each other, and I like that idea that you have this record that musically felt like [it had] a flow to it that was very linear. I don’t think I’ve ever done that to this degree on a record, so that was what I was most excited about.

TK: Is that why you chose to take on the title of Summer Fiction as opposed to just using your name?

TK: Do you have any plans for recording new music or touring? What’s next?

BR: I’ve been writing a ton of new songs so I’m hoping to record something in the new year. I’d love to do either an EP or a full record. I’m kind of figuring it out. I’m getting to the point where I sort of backlog the songs and now I think I’m going to keep writing, maybe, for the next couple months and then, early next year, assess what I have and figure out recording. But I’m excited. I think what I have now is pretty special. It will be a Summer Fiction record, and I’m not exactly sure what kind of shape it’s going to take, or when it’s going to come out, but I think it could be something within the year.