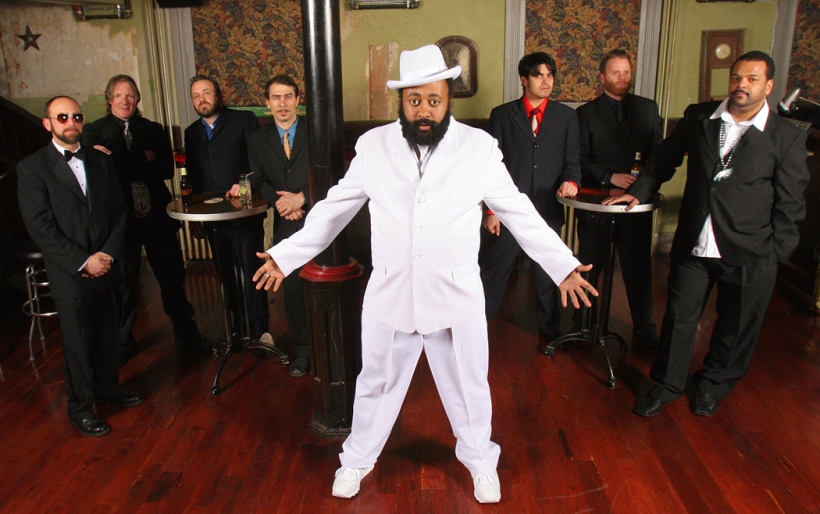 We’ve given a lot of love to Black Landlord this year, having featured the local act our inaugural Key Studio Sessions Live concert (as well as in a Key Studio Video Session). So it was with a heavy heart that we read the news about how the band’s frontman, Maxx Stoyanoff-Williams, was recently hospitalized. Thankfully, the folks at Standard Tap and Philadelphia Brewing Company have organized a benefit to help Maxx deal with the massive medical bills.  Make Major Moves‘ Brian McManus sums it up pretty succinctly:

Maxx Stoyanoff-Williams: lead dude of Black Landlord (and formerly of the Goats and Incognegro), noted beer drinker and actor. You know him. You LOVE him. Well he’s not been doing so hot of late. Hospitalized for the better part of a month, in fact. Why? We’re not sure, but dammmmn you’re nosy. Anyway, this is America. So, naturally, the medical bills have ballooned at such a rate and to such a degree that Maxx can no longer keep up. Enter the Maxx Stoyanoff-Williams benefit. Like Maxx, it is outsized and thoroughly original.

From the benefit organizers:

Standard Tap and Philadelphia Brewing Company will be hosting a benefit for Maxx Stoyanoff-Williams, Monday, December 19th 2011. The charismatic leader of Philadelphia’s own Black Landlord, and formally of The Goats and Incognegro, was hospitalized for the better part of a month which has resulted in medical bills far too large to endure.  To help support the cause the event will take place 4 – 7PM, with live auction beginning at 7PM at Standard Tap, located at 901 N. 2nd St, featuring an unprecedented offer…

The “Philadelphia Golden Ticket” will allow the auction winner a non-transferable, unlimited Two Ticket Pass to any of the shows, at any of the designated venues, any time between Jan 1st 2012 – December 31st 2012.  Yes, this includes sold out shows and yes, this means you could potentially go to an unlimited amount of shows with a guest, at any of the following venues, any time throughout the year.

You can find more information at the event page on Standard Tap’s Facebook.