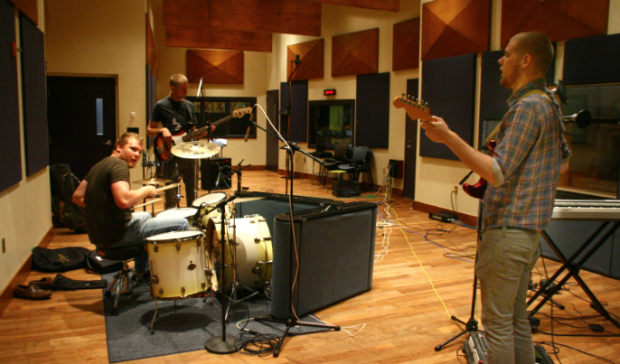 Progress Report: Penrose wraps up 2011 with shows, kicks off 2012 recording with Bill Moriarty

Indie-blues brother band Penrose is emerging from its autumnal hiding this month, playing two gigs to wrap up the year. Next Friday, they’re at Milkboy Philly for El Fuego’s record release show, and on Dec. 30 they play what will reportedly be one of the final shows at Tritone with their like-minded peers in Levee Drivers and John The Conqueror.

Through the spring and into the summer of this year, the brothers Murphy were an active bunch, staging the fantastic No Excuses summertime concert series at Danger Danger Gallery and ripping through a Key Studio Session in July. They’ve been off the grid since late September, and in an e-mail this week, Tom Murphy explained why:

Penrose has been pretty quiet lately, but not without reason. We’re actually in the middle of writing our next full length, and the big news from last week is that we’ve signed on with Bill Moriarty to produce, engineer, and mix it. His work with Dr. Dog, Man Man, and tons of other local and national acts definitely speaks for itself and we’re fuckin amped to join forces.

Moriarty + Penrose is a promising pairing indeed, and we’re psyched to hear the results. Below, you can listen to “Underground,” a new song the band recorded for us in their Key Session.