The Key Studio VIDEO Sessions: A decade of mewithoutYou - WXPN 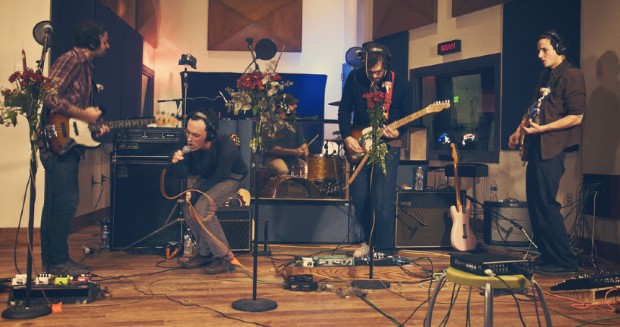 The Key Studio VIDEO Sessions: A decade of mewithoutYou

For this month’s Key Studio Video Session, we profiled mewithoutYou, the Upper Darby-bred experimental five-piece that bridges the divide between raw, introspective punk rock and lush, Neutral Milk Hotel-esque indie symphonies. This year, they celebrated ten years as a band, and in the spring they plan to release their as-yet untitled fifth album, recorded over the summer with Daniel Smith of Danielson – it’s their first since 2009’s It’s All Crazy! It’s All False! It’s All A Dream! It’s Allright. In our session, the bandmates reflect on their first decade together, discuss the forthcoming album and preview three new songs from it. They also played two favorites from Brother, Sister and Catch For Us the Foxes, which you can stream or download below. Catch the band on Friday Dec. 30 when they play the Theater of Living Arts for a pre-New Years’ co-headlining show with Thursday.

Key Studio Video Session #5 – Me Without You from WXPN FM on Vimeo.