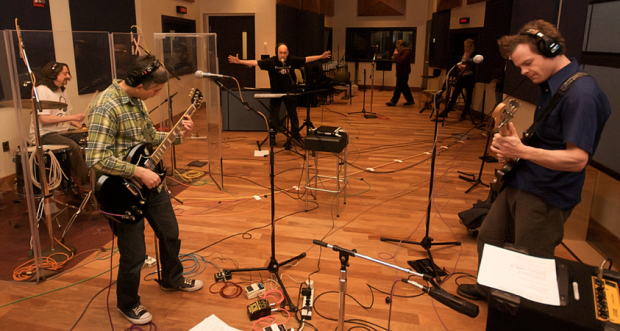 Even before The Dead Milkmen found a national following, the sardonic Philadelphia band was a staple of 1980s underground and college-radio rock. Already boasting legendary status within the local music scene, the group reached national commercial success in the late ’80s with the release of its album Beelzebubba, whose single “Punk Rock Girl” landed the band on MTV and theBillboard Top 200 Albums chart. As the group’s sound became mellower and more polished over the years, The Dead Milkmen faded from the punk and hardcore scenes, and eventually split up.

In the 2000s, there were several attempts at a reunion, but with the tragic death of bassist Dave Schulthise, The Dead Milkmen wouldn’t formally play together again until 2008, at Austin’s Fun Fun Fun Fest. The success of the reunion show inspired The Dead Milkmen’s members to move forward as an active band. Over the next two years, it toured and wrote new material, finally releasing The King in Yellow in early 2011. Hear the band’s fresh material today, live at noon ET, from World Cafe Live in Philadelphia.

You can listen to the performance here.