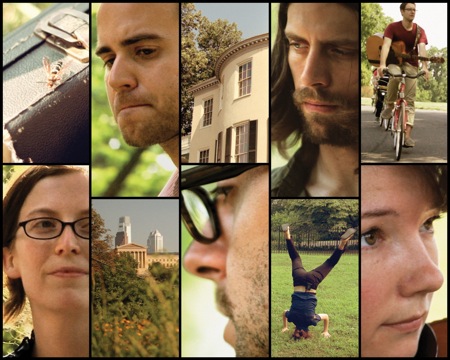 The members of the West-Philly-based folk/chamber-pop ensemble Buried Beds had a busy 2011. The band went on a short road trip in late January in which it opened for Dr. Dog, went back out on the road in late February for a longer tour with Murder By Death, released its sophomore album, Tremble The Sails, in March, and had the song “Steady Hand” chosen as NPR’s Song Of The Day in November. In 2012, Buried Beds isn’t wasting any time following up: The band has just announced that it will release a new concert film, Small Stories, and an accompanying EP later this month.

From the band’s publicist:

In the midst of all this action Buried Beds found to time to craft a 32 minute film piece with friend and filmmaker Nate Johnson, entitled Small Stories. Part live performance, part love letter to their hometown and all of the friends and collaborators it contains, Small Stories takes the viewer through one long, steamy July day in Philadelphia’s Fairmount Park. The band performs 6 brand new songs in several bucolic locations around Lemon Hill Mansion, an early 1800s summer estate built for a prosperous merchant. Many familiar faces from Philadelphia’s vibrant music scene pop up doing handstands, singing backup, or banging on drums. The joy and camaraderie are undeniable, but the music steals the show. The DVD release of Small Stories will occur on January 20, and the film will be sold with an accompanying EP of several live recordings from the film as well as a brand new studio track from the band’s next full-length album.

Below, you can watch the trailer for the film and listen to a pair of tracks off Tremble: “Ivory Towers” and “Breadcrumb Trail.”