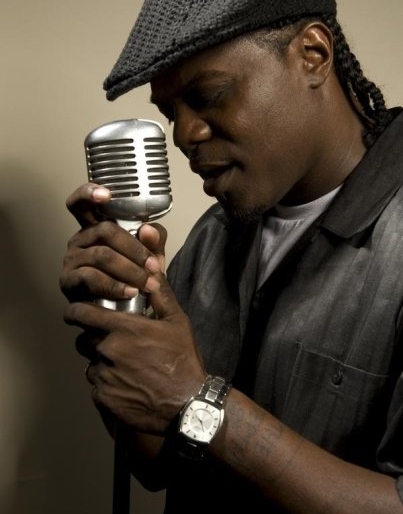 This Saturday evening, January 7th, WXPN Welcomes Brooklyn R&B/soul band The Revelations featuring Tre Williams to World Cafe Live at 8:30 p.m. Go here for tickets and more information about the show. Williams is a phenomenal soul singer and over e-mail I asked him to reflect on some musicians that were influential to the band and to pick out a song from each of them.

Bobby Womack, “Nobody Knows You When You’re Down And Out”
“Womack is huge influence on our sound. His records are the template we try to follow- Great lyrics, funky beats and sick guitar lines…”
http://www.youtube.com/watch?v=3yAN3koZ6fA

Al Green, “Strong As Death (Sweet As Love)”
“This record is a perfect example of the Hi Records sound. We recorded our new CD Concrete Blues at Willie Mitchell’s Royal Studios in Memphis TN. That’s where Al Green cut all of his amazing records in the 1970s. We cut down there because we wanted to capture that vibe on this album.”

Johnnie Taylor, “Running Out Of Lies”
“After Womack, Johnnie Taylor is another huge influence on the group. The lyrics on this JT tune are right in line with a lot of the songs we sing. We’ve spent the last three years playing all kinds of crazy roadhouses and juke joints though out the south. They love ‘Cheatin’’ songs down there, so we love playing them.”
http://www.youtube.com/watch?v=pFOLB-GQvwg

Teddy Pendergrass, “Love TKO”
“Teddy’s vocals are another huge influence- massive, gritty and direct. They grab the listener and don’t let go. We cover this song often times in our shows as a tribute to him. It’s an incredible song, written by Bobby Womack’s brother Cecil.”

Click here to download a free nine-song sampler from The Revelations featuring Tre Williams. Below, you can stream and purchase the band’s recent album, Concrete Blues.