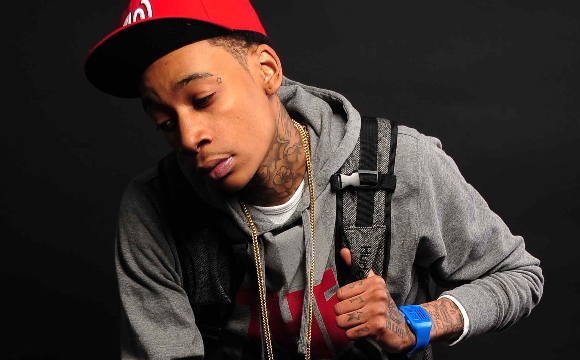 Max Gregory Warren, a songwriter living in Sharon, PA, has filed a lawsuit against the Pittsburgh-based hip-hop artist Wiz Khalifa claiming that Khalifa lifted the concept for his single “Black & Yellow” from a song Warren wrote in late 2007, reports AllHipHop. The suit, which seeks $2,375,000 in damages, accuses Khalifa (as well as his publishing company and labels) of fraud and deceit, copyright infringement, civil conspiracy, and unjust enrichment. From AllHipHop:

The lawsuit claims that Warren authored a song titled “Pink N Yellow,” in November of 2007.

He says he copyrighted “Pink N Yellow” in February of 2008, when he sought to publish or license the song.

Warren claims that prior to “Pink N Yellow” being officially copyrighted, Wiz Khalifa, along with producers Stargate, as well as label Rostrum Records, stole the concept for the song.

Warren claims Wiz stole “Pink N Yellow” and released it as “Black & Yellow,” and “Black & Purple,” in addition to several other remixed versions of the song.

According to the lawsuit, Wiz Khalifa and his producers heard “Pink N Yellow” and “engaged in a scheme to defraud plaintiff out of the fruits of his copyright of the Subject song.”

You can get the full story, including a copy of the lawsuit, over at AllHipHop.