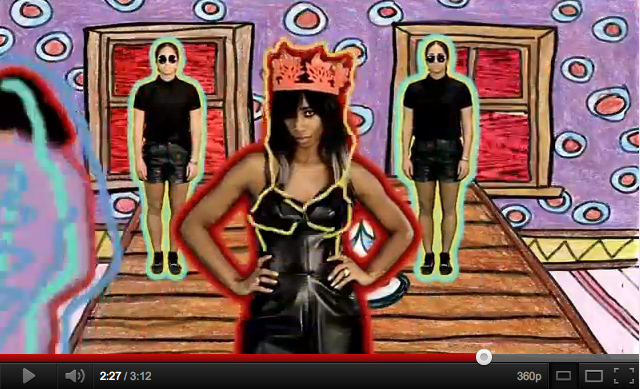 The Philly-born, Brooklyn-based Santigold has just released the new video for the song “Big Mouth” off her upcoming sophomore album, Master Of My Make Believe. The album—set for release this spring (via Downtown and Atlantic Records)—is the follow-up to Santigold’s critically acclaimed 2008 debut. From Santigold’s press people:

Santi calls out all trash-talkers on “Big Mouth” with a schoolyard taunt melody backed by an explosive carnival beat that will shake the streets from Bed-Stuy to Baja. The track is available for free download at www.santigold.com. The video was directed by Cody Critcheloe and premiered on Pitchfork today. Watch the animated adventure here.

You can watch the video below.