Here's a show I wish I had been at: "Golden Gate Groove: The Sound Of Philadelphia in 1973" - WXPN 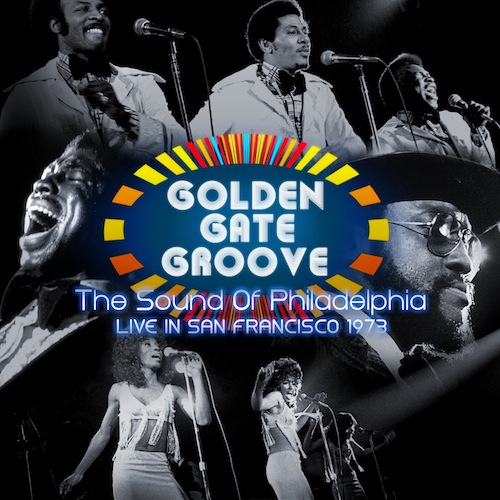 Here’s a show I wish I had been at: “Golden Gate Groove: The Sound Of Philadelphia in 1973”

In a review of the album on the music site The Second Disc, Joe Marchese writes:

Recorded on July 27, 1973, the concert was held at CBS Records’ company convention inside the plush environs of the Fairmont Hotel. Previous performers at the convention included Bruce Springsteen and Engelbert Humperdinck. Joe Tarsia, the owner of Philly’s hallowed Sigma Sound Studios and the concert’s engineer, recalls in the liner notes that the event was attended by everyone on the CBS roster from Perry Como to Edgar Winter. (What a sight that must have been!) And nearly everyone associated with the success of Philadelphia International was up there, on that stage. Vocalists included Melvin and the Blue Notes featuring Teddy Pendergrass, The Three Degrees, Billy Paul, and the O’Jays. The MFSB Orchestra that evening counted among its 35 members two-thirds of the city’s “Mighty Three,” Leon Huff and Thom Bell on piano and organ, respectively. Huff and Bell were joined by a duo of Philly’s finest arrangers, Norman Harris and Bobby Eli (guitars), plus Earl Young (drums), Ronnie Baker (bass), Lenny Pakula (piano/keyboards), Jack Faith (saxophone), Vince Montana (vibes) and other notables. Bobby Martin and Richard Rome, two more arrangers with key contributions to the Philadelphia sound, took turns conducting.

Gamble and Huff considered the evening a crucial one to secure ongoing promotion at CBS Records for their fledgling label despite its already-proven hitmaking ability. That urgency is evident in the performances. (Thom Bell was the third partner in Gamble and Huff’s publishing company, and a frequent face at the label despite his outside productions for The Stylistics, The Spinners, Ronnie Dyson, New York City, Johnny Mathis and so many others.) Hit the jump to meet the evening’s emcee, the one and only Mr. Don Cornelius!