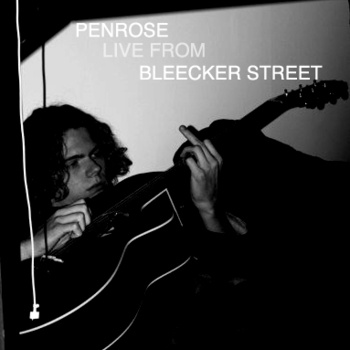 Last month, XPN2’s John Vettese noted that Penrose had followed up an active first half of 2011 with a self-imposed hibernation in the fall, during which the Philly-based band concentrated on writing songs for its next album. Last week, Penrose performed some of the new songs set to appear on the upcoming album—which the band plans to record this summer with producer Bill Moriarty (Dr. Dog, Man Man)—during a show in New York City; the entire live performance was recorded, and the tracks were made available via Bandcamp earlier today.

A lot of what we talk about on here is show announcements. It’s us, asking you, to come to the show. It’s good. It’s important. We want you to come to the show. All of the shows. For instance, we want you to come to the show on Friday at World Cafe Live…This time we’re going to flip that around on you. We’re bringing the show to you. We hope that’s okay. See, we played in New York City on Saturday, and we think it’s pretty f–kin rad that by Tuesday you can hear all of the audio from that show no matter where you are in the world, in your ears. So we’ve cut it into tracks and thrown it up on our Bandcamp website for you to download at any price you wish, from $0.00 to one million dollars.

You can listen to the full seven-song EP—including covers of Modest Mouse’s “Bukowski” and The Tallest Man On Earth’s “Love Is All”—below; the album is available on a name-your-price basis over at Bandcamp. You can listen to last year’s Key Studio Session with the band here. Penrose performs with Zelazowa and Flux Capacitor at 9 p.m. at World Cafe Live; tickets to the show are $10.